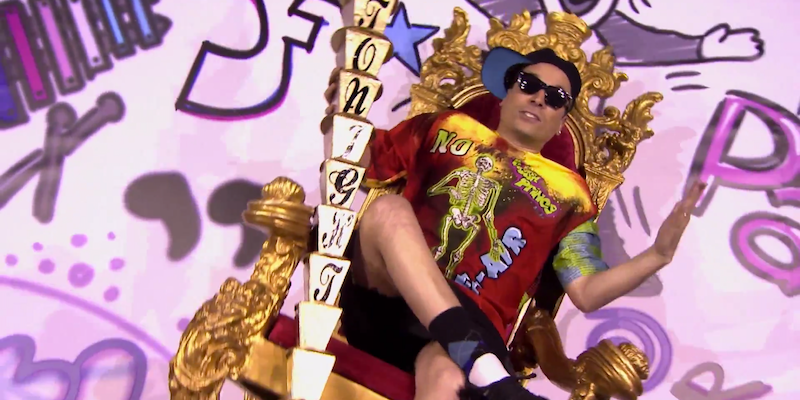 He's moving out to L.A.—with a fitting theme song to boot.

There’s a new prince in town.

After a Super Bowl stint the night before, Jimmy Fallon has started his temporary residency in the home of his predecessor: Los Angeles. He didn’t get into any trouble in West Philadelphia (where he was born and raised), but he went ahead and took at stab at The Fresh Prince of Bel-Air theme song anyway, with a little help from his friends.

As we bury ourselves even further under our blankets in the very depths of winter, we can at least appreciate Fallon’s reasoning for making his stunt move across the country.

But why would he take a taxi for 3,000-plus miles? At least Will Smith got to fly in first class and drink orange juice out of a champagne glass. And what’s with the cheap tip?