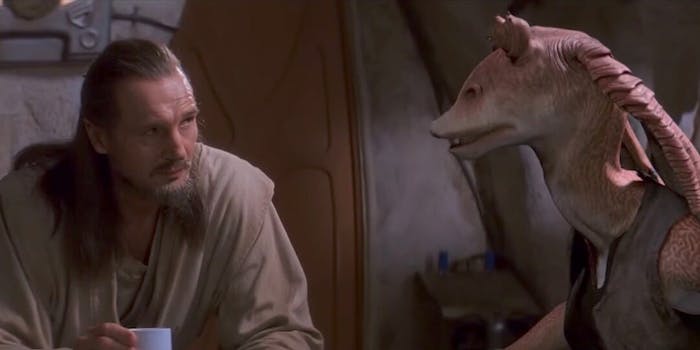 The Force is strong with this mashup.

Smash Mouth “All Star” memes have been resurging for months now, so it was only a matter of time before it got into the hands of a late-night host.

In this case, Jimmy Fallon and his staff combined two great things—Star Wars and Smash Mouth’s biggest hit—to make one all-star tribute to May the Fourth. Pretty much every character you can imagine from the eight major films released to date shows up to unintentionally sing along, and it goes exactly how you expect it would. It’s probably not what Smash Mouth meant when the band sang of shooting stars, but hey, it works.

How does it fare with meme enthusiasts? All Stars never want to be told the odds.