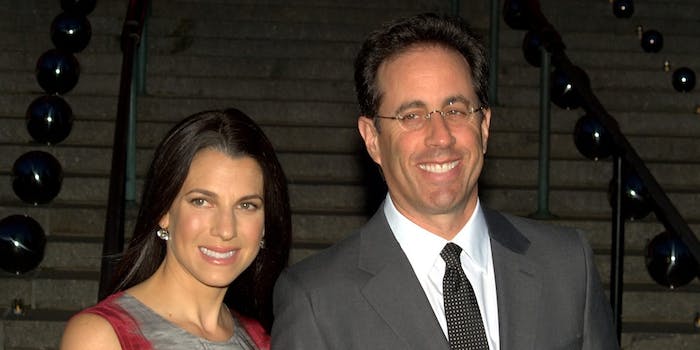 No lemonade for you!

Julian Seinfeld set up the lemonade stand with his friends Xander and Jaden to raise money for Baby Buggy, Jessica Seinfeld’s nonprofit supporting families in need. “Lemonade dreams crushed by local neighbor,” she quipped on an Instagram post depicting Jerry and the three boys posing with their hands over their heads in front of the shuttered stand and a police car.

According to an East Hampton Press report, the police originally “received a complaint about illegally parked vehicles at the location of the lemonade stand.” Once the officer arrived, however, he added that “village code does not permit lemonade stands on village property. The village prohibits all forms of peddling on its property.”

Luckily, the Seinfelds were able to raise the money they needed for Baby Buggy. Of course, if they happened to fall short, Seinfeld could sell one of his priceless antique cars to fund the organization for the rest of the decade.

H/T The AntiMedia | Photo via david_shankbone/Flickr (CC BY 2.0)