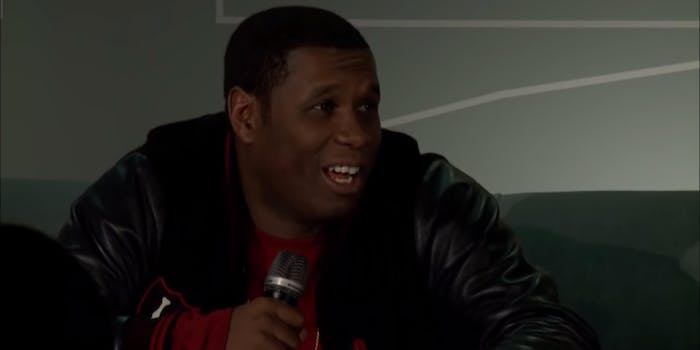 The concept of “waiting for Jay Electronica’s debut album to release” has become its own meme online. His album has been in the works for nearly a decade and many believed this prolonged absence to actually signal the cancelation of the project.

The online mythology of Jay Electronica began on a much different, long-gone version of the internet. In 2007, Jay Electronica uploaded his first mixtape Act I: Eternal Sunshine (The Pledge) on Myspace. Composed of one 15-minute track that sampled the film score of 2004’s Eternal Sunshine Of The Spotless Mind, the mixtape quickly became a hit, accruing more than 50,000 downloads within 30 days of being posted.

In 2010, Jay Electronica signed with Jay-Z’s record label Roc Nation after a few years of releasing sparse yet consistently well-received music. Shortly after Jay Electronica joined Roc Nation, rumors of a full-length, debut album being on the way soon emerged. After years of expected release dates, the first album by the 43-year-old rapper is here.

Initially, the announcement by Jay Electronica seemed too good to be true. On Feb. 6, the rapper tersely tweeted, “Album done.” The replies were expectedly filled with tremendous skepticism.

When the rapper released a tracklist for the album, that’s when things started to seem real.

Although several live listening parties were canceled on account of the coronavirus, the show did indeed go on.