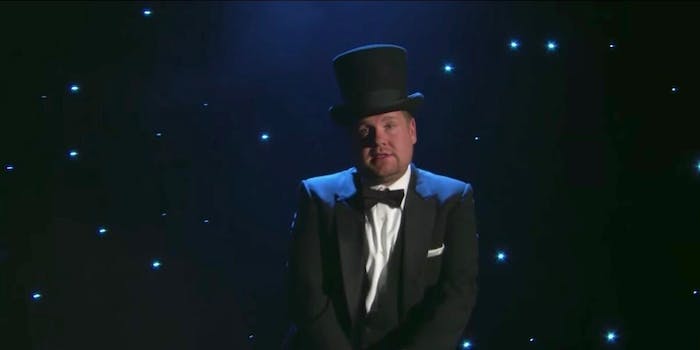 ‘Trump’s got hate for me and you.’

President Donald Trump’s ban on transgender members of the military was quickly met with outrage on Wednesday, but James Corden took his criticism a step further with a song and dance routine to call out Trump’s cruelty.

Set to the tune of Nat King Cole’s “L-O-V-E,” Corden’s lyrics tackle what Trump probably thinks the “L-G-B-T” in LGBTQ means and argues how much it doesn’t make sense to ban transgender military members who just want equality and to serve. And Trump’s idea that transgender troops would be a “disruption”?

“How is there disruption worse than Trump’s corruption?” Corden asked.

But between the Trump insults, Corden’s tune is a show of support for transgender troops and vets alike. Trump may have hate in him, but he and others greatly appreciate everything they’ve done.