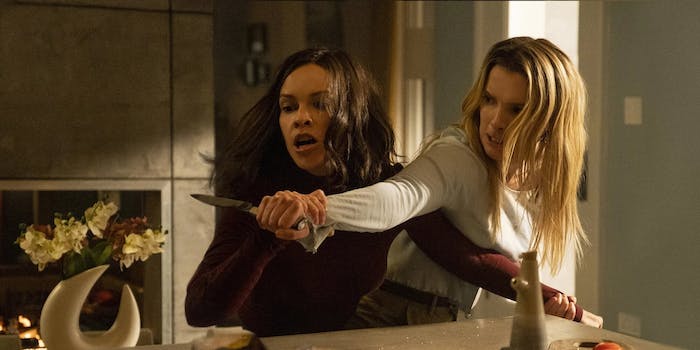 ‘The Invisible Man’ and ‘Birds of Prey’ are streaming early. What’s next?

Several films are getting an early digital release due to coronavirus.

There’s been speculation about whether films delayed by the coronavirus will come out on streaming services instead of getting a theatrical release. That hasn’t happened yet for blockbusters like Mulan and New Mutants—and may never happen because it would be a big financial risk for Disney—though it is happening for a handful of other films.

Most of them already came out in theaters and are just getting an early VOD release, but Trolls World Tour is the first to make the jump from theatrical to home release. It’s due to come out on April 10, and Universal will release it simultaneously in theaters and 48-hour home rental. Although by that point, “in theaters” may not be an option in the U.S.

Universal will also push forward the on-demand release dates for the new Jane Austen adaptation Emma, and the horror movies The Hunt and The Invisible Man, which came out in the past few weeks. They’ll be available online on Friday. According to Variety, Universal’s early releases will cost $29.99 per 48-hour rental. That’s more expensive a typical VOD release or when films arrive on streaming services, but cheaper than a family’s worth of movie tickets.

Meanwhile the DC Comics movie Birds of Prey—which came out in February and is still technically in theaters—will get an early VOD release as well, endorsed by director Cathy Yan. You’ll be able to buy it on platforms like Amazon and iTunes for $19.99, starting March 24.

These early online releases won’t be the last, but if big-budget films make the jump to digital-only release is another question entirely. Disney put Frozen 2 online three months early but is still planning to release other delayed blockbusters in theaters at a later date. The same goes for other big-budget films like the next James Bond installment. Usually, this type of delay would mean the new release dates clashed with other movies, but production has also halted for a lot of films.

Theoretically, studios could just push their entire release schedules forward by a few months. However, things could be harder for indie movies that don’t have the corporate clout of a big studio behind them. Right now it looks like small businesses are suffering more during the coronavirus crisis, while big corporations like Amazon and Disney can power through—and, if history is anything to go by, they’re more likely to benefit from government bailouts.

Basically, the situation is changing so fast that it’s hard to say where the film industry will be in six months time. The one thing we can be sure of is that Cats came out on digital release today, and it’s perhaps the perfect movie to watch while Skyping your friends during self-isolation.