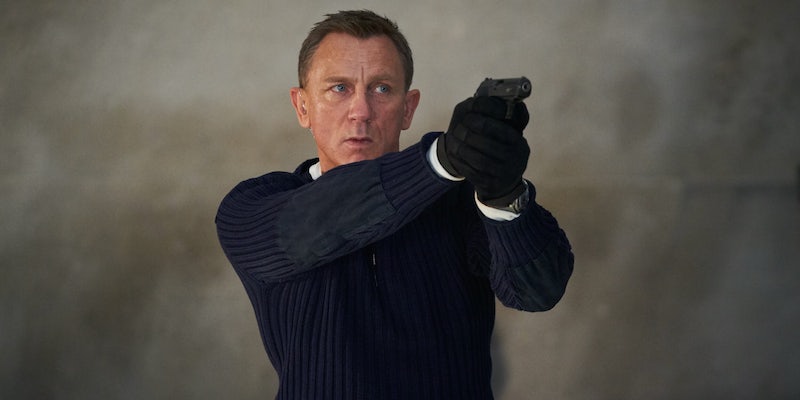 It was originally set to be released in early April.

No Time To Die, the upcoming James Bond film starring Daniel Craig, has pushed back its release date due to concerns over the coronavirus.

The film, which was originally set to be released theatrically in early April, will now come out in November.

“MGM, Universal and Bond producers, Michael G. Wilson and Barbara Broccoli, announced today that after careful consideration and thorough evaluation of the global theatrical marketplace, the release of No Time To Die will be postponed until November 2020,” a statement posted on the official James Bond website (as well as Twitter) reads. “The film will be released in the U.K. on November 12, 2020 with worldwide release dates to follow, including the US launch on November 25, 2020.”

According to the Hollywood Reporter, concerns about COVID-19 already had an effect on the global publicity tour for No Time To Die well before the film’s producers and distributors decided to push back the release date. Scheduled appearances were canceled in several countries, and the Hong Kong release of the film had already been pushed back to April 30, and there were fears that restrictions in some countries due to the virus could affect the box office haul of the film.

The film’s delay also arrives two days after the publication of an open letter asking the producers of No Time To Die to push back the film’s release because of the potential spread of COVID-19, stating that “it is time to put public health above marketing release schedules and the cost of canceling publicity events.”

“It’s just a movie,” James Page and David Leigh, the letter’s authors, wrote. “The health and well-being of fans around the world, and their families, is more important. We have all waited over 4 years for this film. Another few months will not damage the quality of the film and only help the box-office for Daniel Craig’s final hurrah.”