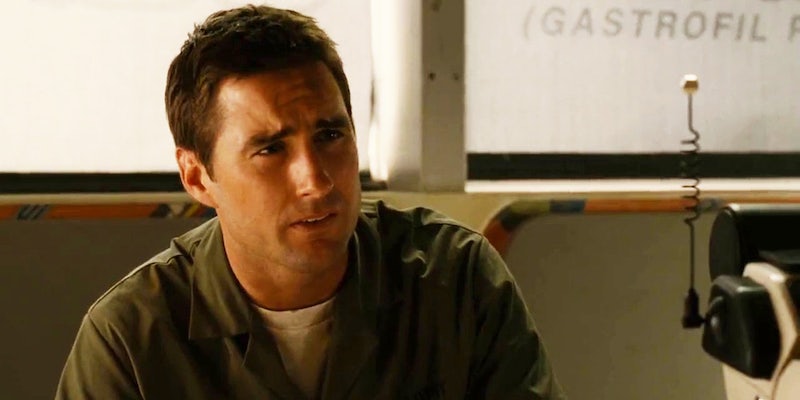 'I can't believe you like money too. We should hang out.'

It’s hard to imagine what the world will be like in 2505–although one might assume that there will be startling technological advancements, enhanced ideologies, and highly educated minds. The 2006 film Idiocracy however, takes a sharp turn by deviating from that notion.

The Mike Judge-directed dystopian science fiction comedy boasting an all-star comedic cast, chronicles the systematic dumbing down of America, and has since become a cult classic. Recently, the film was picked up by Hulu and is now streaming for anyone who hasn’t seen it, or those who are up for a rewatch.

What is the plot of Idiocracy?

Idiocracy picks up in 2005 when Corporal Joe Bauers (Luke Wilson), a United States Army librarian, is chosen–due to the fact that he’s an average Joe–to take part in a military experiment where he will be put to sleep in suspended animation for one year. Joining him is a prostitute named Rita (Maya Rudolph), as there was no equivalent female candidate employed by the armed forces.

Bowers is considered to be one of the Army’s most average men. He’s average looking, is of average intelligence, and lives an unequivocally average life. The experiment would have likely been a success, although as fate would have it, the officer in charge is arrested for running a prostitution ring after having become involved with Rita’s pimp, Upgrayedd.

Bauers and Rita are then left in their suspension chambers and forgotten about for 500 years. But in a twist–after they’re accidentally awakened by a landslide caused by a pile of garbage the size of a skyscraper–the two are now far from what could be called “average.” Thanks to a reversal of natural selection, intelligent people gradually were bred out of existence while the dumber, yet more virile generations reproduced at an advanced rate.

Now, the world is literally full of idiots and Joe and Rita are suddenly the smartest man and woman in the world. Idiocracy follows the pair’s adventures they navigate–and attempt to save–this brave, dumb new world.

Who is this movie for?

Critics of Idiocracy complain of the inherent elitism over the general idea of the wealthier and more educated refraining from having children, while those financially disadvantaged are blamed for populating the planet with their dumb kids. Yet, the razor-sharp satire is responsible for the film’s overall positive 76% rating at Rotten Tomatoes.

“Judge has a gift for delivering brutal satire in the trappings of low comedy and for making heroes out of ordinary people,” wrote critic Carina Chocano of the Los Angeles Times. Not to mention, Idiocracy shouldbe an easy win for fans of Judge’s other projects, such as Silicon Valley, King of the Hill, and Office Space–to name a few.

Correction: Idiocracy is streaming on Hulu.