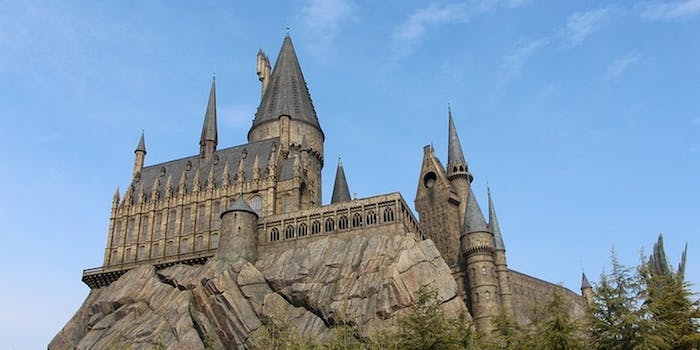 IBM’s Watson analyzed all the ‘Harry Potter’ books and movies

Neville and Voldemort have more in common than you'd think.

IBM‘s Watson supercomputer might be best known for its Jeopardy appearances, but it’s much more than just a trivia machine.

It turns out Watson can also analyze written text for certain personality traits. According to Tech Insider, “It can… assess personality traits based on the Big Five test, one of the most common, preferred ways psychologists use to measure personality.” The test places you somewhere on a personality spectrum by measuring five qualities: agreeableness, conscientiousness, extroversion, neuroticism, and openness to experience.

So to put Watson’s skills to the test, Tech Insider had it compare all of the Harry Potter books to their corresponding movies to pick up on any patterns or changes between characters in the two.

Here are the three biggest findings:

1) Neville and Voldemort are really similar

Both characters ranked low on the openness to experience portion, and both scored about the same for neuroticism. Neville had the highest neuroticism rank of any character in both the books and movies.

2) Harry shows about as much anger as Voldemort

While Voldemort wins for angriest character, Harry isn’t too far behind him in a close second. Especially in the books.

3) Ginny loses her ‘intellect and gregariousness’ in the movies

Watson seems to substantiate a popular fan complaint with this character by proving that Ginny’s intellect and gregariousness scores are much lower in the Harry Potter movies than they are in the books.

Head to Tech Insider for the full list of results.