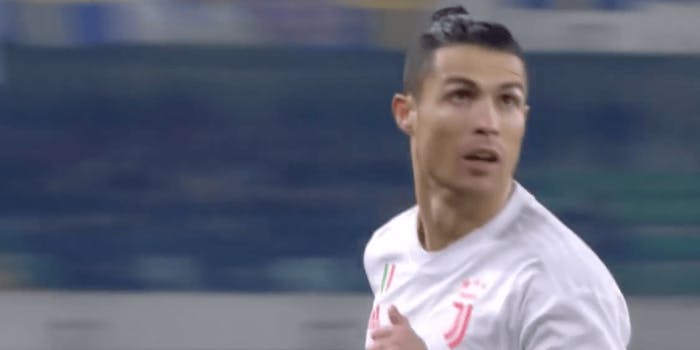 How to stream Lyon vs. Juventus live

Juventus has gone since 1996 without winning Europe's biggest trophy.

Here’s everything you need to know to stream Lyon vs Juventus in the UEFA Champions League live on Wednesday.

Cristiano Ronaldo begins his second effort to return the Champions League to Turin on Wednesday when Juventus begins the knockout stage in the Round of 16 against Lyon. Ronaldo is attempting to become the second player, along with Clarence Seedorf, to win the UCL with three different clubs. He lifted the trophy in 2008 for Manchester United and 2014, 2016, 2017, and 2018 for Real Madrid. Meanwhile, Juventus has gone since 1996 without winning Europe’s biggest trophy. Former manager Massimiliano Allegri was let go in favor of Maurizio Sarri despite winning five-straight league titles in order to pursue Juve’s primary objective.

The match is on UniMás; FuboTV provides fans the opportunity to catch Champions League action throughout the tournament.

Lyon (8 points, 2nd in Group G) cannot be happy with the draw it was given, but this is what you expect at one of the highest levels in the world. Ligue 1 is out of reach for OL, and stranger things have happened than Lyon pulling off an upset over one of the biggest clubs in Europe. The club is only mid-table this season and is a massive underdog at home. So if Lyon can pull off a win in the first leg, we could have another Cinderella story on our hands.

Juventus (16 points, 1st in Group D) has gone ridiculous lengths to end the European Cup drought. Now that Gianluigi Buffon has given his legendary career to the cause, the Old Lady is starting to get desperate. Firing a five-time defending champion for a man with one (1) major trophy makes no sense to anybody unless you are Juve. If Maurizio Sarri still can’t get the thing done with Ronaldo on his squad, he is going to take some heat. Luckily, Juventus has one of its deepest teams ever this season and should probably win on the road comfortably against the lesser club.

Juve is a considerable road favorite at -134, with a draw at +270 and OL at +375, according to DraftKings Sportsbook.