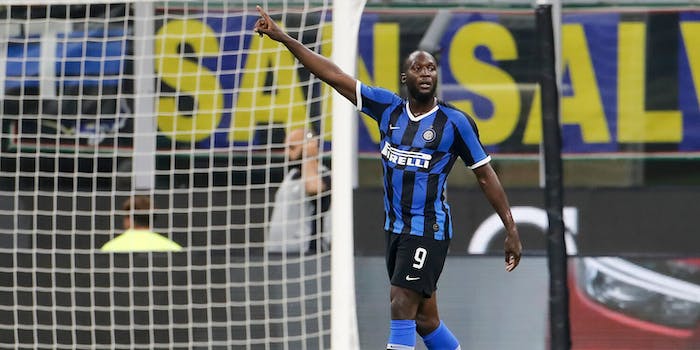 How to stream Borussia Dortmund vs. Inter Milan live in the Champions League

This rematch has major implications for both teams ... and for the Barcelona team also in their group.

When these teams faced off less than two weeks ago at the San Siro, Inter Milan got a 2-0 victory despite Dortmund carrying the bulk of the possession. They face off Tuesday in front of the famed Yellow Wall in Dortmund, both on four points compared to Barcelona’s seven. If either team can manage a win, it stands to have an advantage in at least getting beyond the group stages in Champions League play.

Here’s everything you need to know to live stream Borussia Dortmund vs. Inter Milan, including what to watch for on the pitch.

The match is on B/R Live and TUDN; the following services provide a one-week trial and therefore an easy way to watch Champions League matches.

Borussia Dortmund vs. Inter Milan: What to watch for

Inter’s sitting second in Serie A, just a point behind Juventus, and looking like it’s fully back into the mix of Serie A giants. Though Romelu Lukaku’s yet to score in this year’s tournament, he does have nine goals in 11 league appearances this year and has had quite a bit to do with the squad’s success. Diego Godin, a longtime vet from Atletico Madrid and the Uruguay national team, was brought on to bolster the defense. Even Alexis Sanchez has found the back of the net for his new team, after seeing his career go a bit off the rails at Manchester United.

Dortmund, meanwhile, is also firing on all cylinders. It’s currently second in the Bundesliga, and its loss at the San Siro in Champions League was, remarkably, only its first loss since August. Dortmund is currently rolling on a two-match win streak, including a 2-1 win (on a Julian Brandt brace) over a Monchengladbach team still hanging on to the Bundesliga lead.