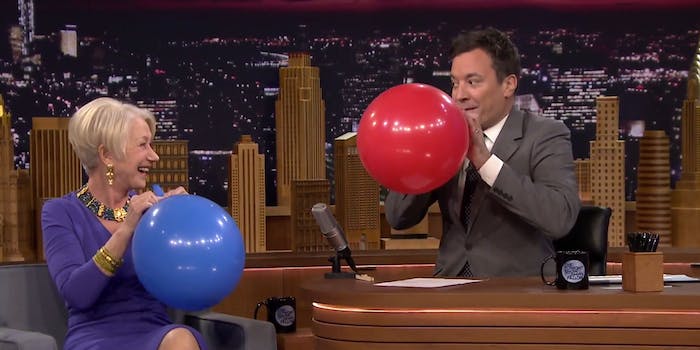 As if you needed yet another reason to love Helen Mirren.

If anyone can still sound incredible after consuming helium, it’s Dame Helen Mirren.

That’s the challenge Jimmy Fallon put her up to on his show last night. And although Dame Mirren claims she hadn’t sucked helium since she was 11 years old, her voice is so silky smooth and her British accent so plummy that she can actually pull it off.

If nothing else, we now know what Mirren saying “spotted dick” with a voice laced with helium sounds like.