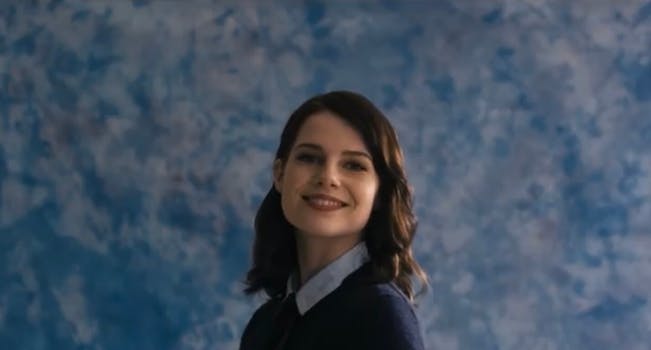 The 15 best movies on Netflix about haunted people, places, and things

If it can be haunted, there’s a movie about it.

Thanks to quarantine measures, we’re all spending more time at home. While that is testing everyone, it’s good to remember that things could be worse. To that end, we’ve looked through the Netflix catalogue to find some movies about haunted people, places, houses, and other things. You know, to give ourselves a good scare from the safety of our un-haunted homes.

Things that go bump in the night. Kids unable to sleep at night because of something under the bed or lurking in the shadows. Parents who can’t sleep because they’re worried about their kids. Whether it’s a person, house, or something else, if it can be haunted, there’s a movie about it — and these are best ones on Netflix.

After building their brand on the gruesome Saw series, James Wan and Leigh Whannell shifted their focus to the paranormal. Patrick Wilson and Rose Byrne play parents trying to protect their son from evil spirits trying to take over his body. As the supernatural activity ramps up, the family becomes increasingly desperate for help. Insidious is a creepy and fun haunted house movie available on Netflix that unsettles every time you watch it. —Eddie Strait

Rooney Mara and Casey Affleck play a couple whose happy life is upended when the husband dies. He returns in ghost form, a sheet with black eyes, to stay in the house for eternity while his wife moves on. Writer-director David Lowery has constructed a movie about time, space, and grief that’s intimate in its setting and expansive in its ideas. A Ghost Story is a distinct vision anchored by bold creative choices. —E.S.

Writer-director Osgood Perkins descends from horror royalty (he’s the son of Psycho star Anthony Perkins), so it’s not a shock that he makes good horror films. The Blackcoat’s Daughter is a slow-burn story about two girls stuck at their boarding school during winter break. The students, Kat (Kiernan Shipka) and Rose (Lucy Boynton), find the lonely campus becoming increasingly creepy. I’m trying to be vague here because the story isn’t complex, but there are some unsettling twists best experienced in the moment. The movie is Perkins’ debut, and it establishes a new, exciting voice in horror filmmaking. —E.S.

In the digital era, The Ring could have easily lost its power. But thanks to brilliant pacing and a slow reveal of its main villain, this haunted story has held up from when most households had a VCR (and, luckily, is available on Netflix instead of solely on tape). The premise is simple: There’s a tape that unleashes a deadly, vengeful spirit that kills viewers within a week. Equal parts murder mystery and ghost story, this horror classic throws twists at you until its final minutes. As creepypasta begins to cultivate the campfire stories of a new generation, it’s nice to look back at The Ring as a precursor to the horrific urban legends to come. —John-Michael Bond

I’m an easy mark for possession movies. The creepy looks, the body contortion, the demonic voices, it all works on me—even in the bad ones. Fortunately, The Last Exorcism isn’t bad. Unfortunately, that means the scares pack an extra wallop. Patrick Fabian plays a minister doing his “one last mission” who allows a film crew to document the experience. Things do not go smoothly for Fabian or the audience. Extra credit is due to Ashley Bell, who plays the possessed young girl. She also does her own contortion stunts, and those images will haunt your dreams. —E.S.

For a less intense, family-friendly haunting experience, there’s Goosebumps 2: Haunted Halloween. In this sequel, two friends (Sam and Sonny) unwittingly unleash a horde of monsters from R.L. Stine’s massively popular Goosebumps series. With the iconic Slappy the Dummy in tow to keep the mischief flowing, Sonny and Sam must find a way to corral all of the monsters back into an unpublished Goosebumps manuscript. This is a standalone sequel, so you can jump into the Goosebumps 2 without missing a beat. It’s a fun, meta movie that is highly entertaining. —E.S.

Every neighborhood has that house: the one kids tell stories about, the one house that creeps out even the adults. Monster House is about that house—a haunted house coming to life—and the trio of kids it terrorizes. Monster House feels like an ’80s throwback, in the vein of something like The Goonies. It’s inventive, a little spooky, and the animation looks great. Even better, this haunted house story is the kind of family movie that adults will enjoy just as much, if not more, than kids, a worthy add to any family Netflix queue. —E.S.

South Korean director Lee Chang-dong is one of the world’s best filmmakers, and Burning is a perfect introduction for anyone unfamiliar. Burning is a haunting drama about a love triangle riddled with mystery. When Lee Jong-su (Yoo Ah-in) reconnects with an old schoolmate, Shin Hae-mi (Jeon Jong-seo), a potential romantic relationship starts. But when the wealthy, charming, and mysterious Ben (Steven Yeun) enters the picture, everything in Lee’s life is knocked askew. Burning is an engrossing drama that will have you under its spell. —E.S.

This is a sneakily good creep-fest about Claire (Michelle Pfeiffer) slowly losing her mind (or is she?) between her possibly haunted home and the disappearance of her neighbor. Creepy neighbors make for one of cinema’s sturdiest sources of tension and suspense, and combining that with the supernatural ramps up the tension to unbearable heights. Add in a director, Robert Zemeckis, who knows how to wring fresh scares out of familiar tropes and you’ve got an inspired Hitchcockian thriller. —E.S.

Writer-director Robert Eggers’ critically acclaimed debut might be a hard sell, but fans of slow-burning horror will adore this mystical period piece. In 1630 New England, a farmer and his family find themselves forced to move to a remote farm or risk banishment from the church. The land is bleak but fine enough—until crops start to die and a child disappears. As the world crumbles around them, faith and superstition put the family’s love to the ultimate test. Shot with period-accurate dialogue and stunning natural lighting, The Witch is unlike all other haunted movies on Netflix. Give this nightmare time to unfold and you’ll discover a chilling period drama with a crushing, yet beautiful, ending. —J-M.B.

11) I Am the Pretty Thing That Lives in the House

This Netflix haunted house story is about a nurse, Lily (Ruth Wilson), and her time in the home of her newest patient, Mr. Waxcap (Bob Balaban). It’s a simple setup for a movie that is more about atmosphere and building up tension rather than cheap scares. The result is a slow chiller that worms its way into your head. —E.S.

The Final Destination films don’t quite get the recognition they deserve, especially grading on the horror movie curve. This first movie kicks off, memorably, with Alex (Devon Sawa) having a premonition of a horrific plane accident. While Alex is unable to prevent the tragedy, he is able to get some people off the plane. But death has a plan for everyone and the prospect of dying at any moment haunts us all. The fun of Final Destination, and most of its sequels, are the Rube Goldberg death scenes, which tease and taunt the audience as much as the characters. —ES

It doesn’t carry the same status as the original, but this remake of The Amityville Horror on Netflix is a slickly produced update of the haunted story of the Lutz family. Ryan Reynolds and Melissa George star as George and Kathy Lutz, newlyweds who move into a house that was the scene of a brutal murder the year prior. Soon, the family is terrorized by spirits that push their sanity to the brink. —E.S.

14) The Girl on the Third Floor

Former WWE wrestler C.M. Punk stars as Don, a father-to-be who is fixing up his new home before his wife, Liz (Trieste Kelly Dunn) moves in. As Don works, a pretty stranger, Sarah (Sarah Brooks), starts coming by the house and offering the kind of distraction Don has trouble with. As he spends more time in the home, and more time around Sarah, weird things start to happen and threaten to destroy his last chance to get his life in order. —E.S.

This followup to Sinister continues the story of Bughuul, a deity who kills families while keeping one of the kids to help him round up more victims. This time, Bughuul is after the kids of Courtney (Shannyn Sossamon), a mother trying to protect her children from her abusive ex. With the help of a PI (James Ransome), Courtney will do whatever she can to protect the souls and lives of her family. —E.S.