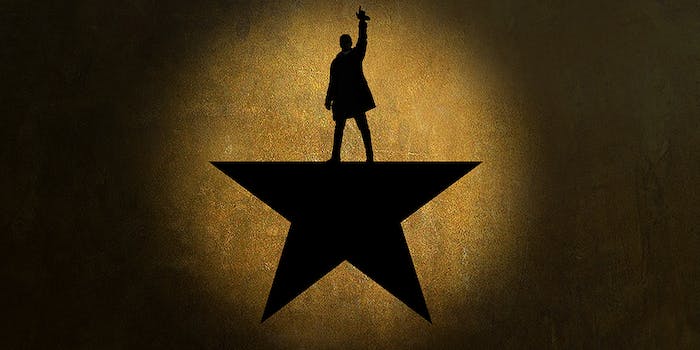 Tony winner Daveed Diggs bid farewell to his award-winning role in an epic performance on the Hamilton stage Friday night.

The official Hamilton Twitter account posted a farewell video in which cast and crew of the enormously successful musical took shots out of a Grammy.

Nearly 40 #shotsoutthegrammy tonight. S/o to @RED and @belvederevodka for making our #turnup for a great cause

Diggs, who played both Marquis de Lafayette and Thomas Jefferson, celebrated his last performance by taking 40 shots out of the Grammy.

It’s been a bittersweet month for the cast of Hamilton. Diggs is only the latest exit as a whole slew of the musical’s original cast leave to move on with their careers and pursue different projects. The show’s creator and star Lin-Manuel Miranda left just last week, along with cast members Leslie Odom Jr., and Phillipa Soo.