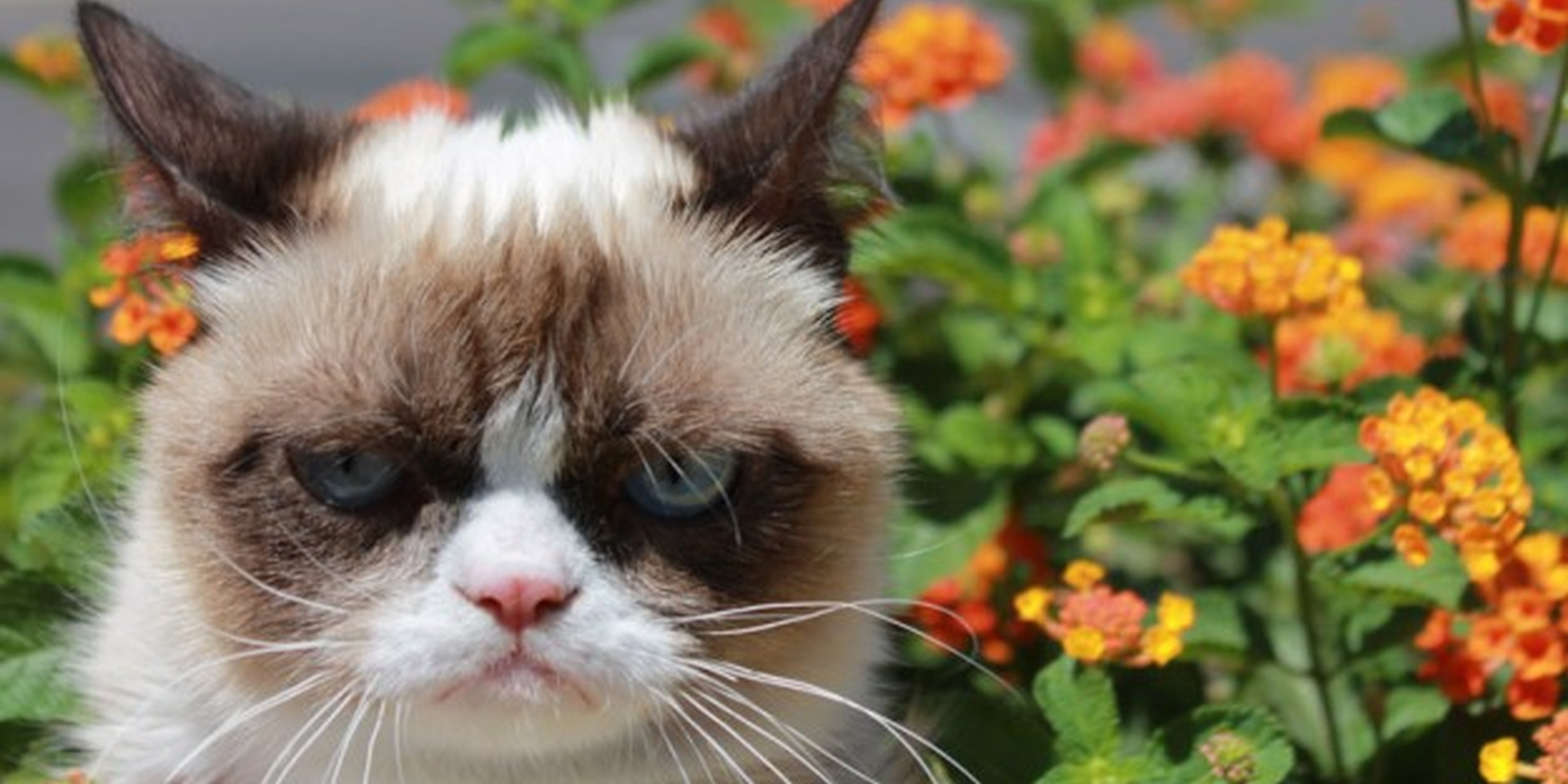 This is your fault, Internet: Grumpy Cat is a movie star now

Grumpy Cat has clawed her way into Hollywood.

Grumpy Cat has clawed her way into Hollywood.

The kitty, who goes by Tardar Sauce and who looks permanently pissed off due to feline dwarfism, had teamed up with Todd Garner and Sean Robins of Broken Road Productions to star in a Garfield-like film, Deadline reported.

“This started off as a picture of a cat, but rare is an image that evokes that much comedy,” Garner told Deadline. “You read all of the memes and the comments, and one is funnier than the next. We think we can build a big family comedy around this character.”

Since bursting on the meme scene in September 2012, Grumpy Cat has become a media sweetheart. She has been featured on the Today Show, I, and The Soup. She’s also starred in commercials for Friskies cat food. Part of the commercials were shot while Grumpy Cat was a special guest at the Mashable tent at this year’s South by Southwest Interactive festival, where hundreds of people lined up to catch a glimpse of the Internet’s top feline.

Despite being panned by critics, Garfield: The Movie (June 2004) and its sequel Garfield: A Tail of Two Kitties (June 2006) were box office successes. Both films cost a combined $110 million to create and ended up raking in more than $341 million in the box office.