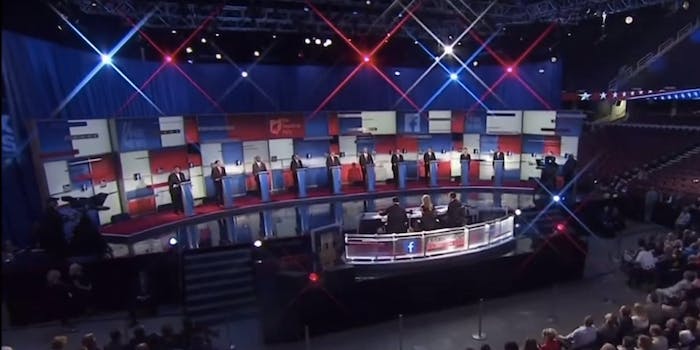 What do you think: more coherent or less?

The political theater surrounding the 2016 election is already pretty comical on its own, but a group of YouTube jokesters just took it to the next level.

The team behind Bad Lip Reading, having conquered domains from Beyoncé and the NFL to The Walking Dead and Twilight, returns at long last to the fertile soil of presidential debates.

In this hilarious tweak of the GOP’s first presidential debate, Ben Carson doesn’t make the strongest showing, but we do get to learn invaluable lessons about New Jersey Gov. Chris Christie’s favorite snacks and Donald Trump’s pigeon, Lucas don Velour. The second half kicks into a catchy musical interlude that truly must be heard to be believed.

Hey, at least it’s not just the Trump show this time around.