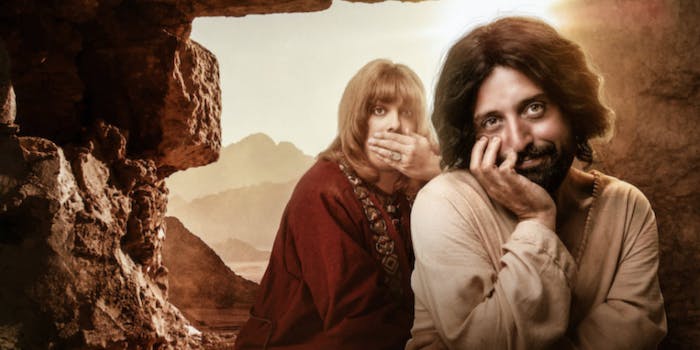 'The First Temptation of Christ' has drawn backlash in Brazil.

A Brazilian judge has ordered that Netflix remove holiday satire The First Temptation of Christ after intense backlash and an act of arson.

The special, from Brazilian comedy group Porta dos Fundos, depicts Jesus as a gay man, who’s come home to visit his family with a friend after 40 days in the desert. After its release in early December, petitions started circulating criticizing the film’s depiction, including one from a Brazilian Catholic conservative organization. On Christmas Eve, the Porta dos Fundos studio in Rio de Janeiro was firebombed.

No one was hurt, but days later a video surfaced in which a man claimed the attack was on behalf of Brazil’s “integralist” movement, an ultranationalist movement started in the 1930s and inspired by Italy’s fascist regime of the time. Judge Benedicto Abicair said the ruling is “beneficial” to the “mostly Christian Brazilian society.” He also stated that the “right to freedom of expression,” in this case at least, isn’t “absolute.”

Fábio Porchat, who plays Jesus’ friend Orlando in the special, told Variety last month that they weren’t trying to “incite” anyone: “For some Catholics here in Brazil, it’s OK. if Jesus is a bad guy, uses drugs: That’s no problem. The problem is he’s gay. No, he can’t be gay. And that’s interesting because Jesus is everything. God is black and white and gay and straight. God is everything. It’s more homophobic to be insulted by a gay Jesus than to make Jesus special.”

Whether Netflix actually removes the special will depend on a higher court, but it’s not without precedent: Last year it pulled an episode of The Patriot Act with Hasan Minhaj that was critical of Saudi Arabia. Netflix CEO Reed Hastings defended the decision but inferred that if a government objected to LGBTQ content and wanted it removed, Netflix would not comply.