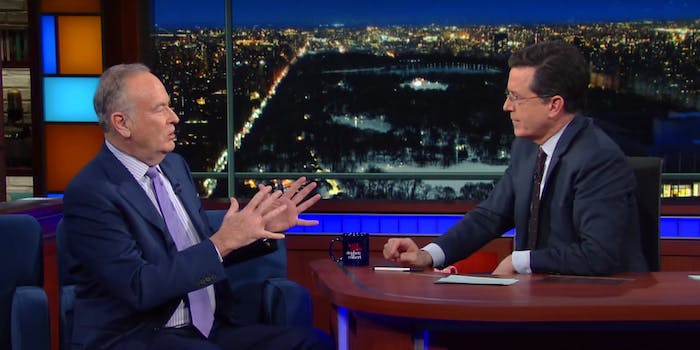 We can't say we entirely disagree.

Donald Trump and Vermont Sen. Bernie Sanders couldn’t be more opposed their politics, but according to Bill O’Reilly, they have more in common than you might think.

O’Reilly chatted with Stephen Colbert on the eve of the New Hampshire primary, explaining just why Trump is doing so well in the state. It’s a matter of hitting history at the right time, O’Reilly explained, leading him to observe that Trump and Sanders, who are leading polls in New Hampshire, are actually the same guy—just with different facial expressions.

“What’s bad is both Trump and Sanders say stuff that’s impossible, that could never happen,” he said. “And their followers, I guess, don’t really care.”