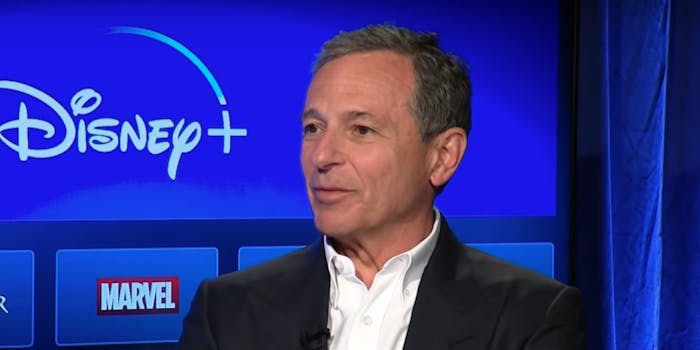 Disney's absence in the state will certainly be felt.

In an interview with Reuters, Iger said “I rather doubt we will” when asked if the company would continue to film there: “I think many people who work for us will not want to work there, and we will have to heed their wishes in that regard. Right now we are watching it very carefully.”

On May 7, Georgia’s Republican Governor Brian Kemp signed legislation that would ban abortions after six weeks, or when a fetal heartbeat is detected.  Though the bill passed, it doesn’t go into effect until January 2020. There’s still a good chance it will be challenged in court.

Georgia’s tax incentives for film and TV have made it a popular destination for productions, and Marvel specifically: Avengers: Infinity War, Avengers: Endgame, Guardians of the Galaxy Vol. 2, and Spiderman: Homecoming are just some of the movies filmed there.

Disney isn’t the first to push back against Georgia’s restrictive legislation. The Handmaid’s Tale director Reed Morano and writing team Kristen Wiig and Annie Mumolo recently pulled out of projects in the state. Netflix’s CEO Ted Sarandos told Variety that if the law is enacted, “we’d rethink our entire investment in Georgia,” a move that allegedly enraged conservatives. Sarandos said they’ll also “work with the ACLU and others to fight” the legislation in court.

But Disney is certainly the biggest entertainment entity to publicly speak out against the law, and with the debut of its streaming platform in November, it will have even more movies and series in production. Iger said it would be “very difficult” to continue working there.