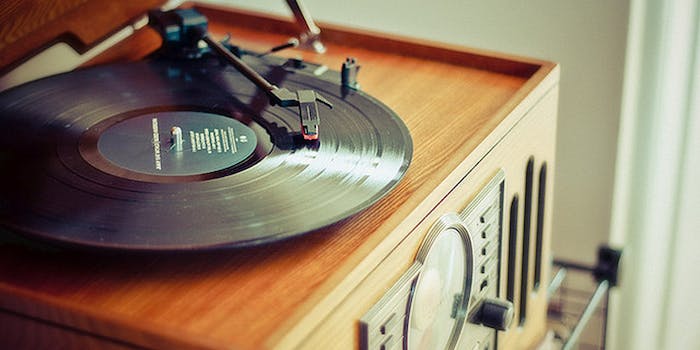 The man behind Pitchfork Reviews Reviews cuts to the heart of millennial dread.

When I started reading David Shapiro, I had no idea who he was. Maybe I still don’t.

Back then, the anonymity was by design: He was writing a Tumblr called Pitchfork Reviews Reviews, which used Pitchfork’s make-or-break music criticism to slingshot into lengthy disquisitions on the ways in which art invades or influences what we like to call “real life.” It quickly attracted more than 100,000 followers and landed its author in the New York Times.

Shapiro closely guarded his identity at this time, hoping to keep a clerical day job where he composed his essays via BlackBerry. With plans to attend law school, he also feared for his digital footprint. This privacy makes You’re Not Much Use to Anyone, a memoiristic novel that traces the rise and fall of his big-hearted blog, that much more confounding, though it manages to subvert more than one expectation. Welcome to Internet microfame, where status and satisfaction never quite align. 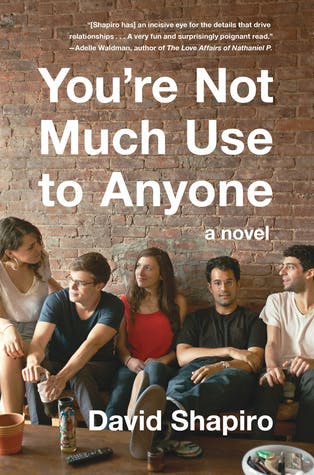 “Ideally, people will think, ‘My copy has some pages missing,’” Shapiro told me when we spoke about his book and career trajectory at the Daily Dot’s New York office on Friday evening. It’s indeed a lean, quick read—over before you know it, at which point you’ll be “feeling sorry for yourself”—yet cheekily dedicated to “people who will read it slowly.” It’s not not about music, notably Belle & Sebastian, who provide the title, but that element was pared back to prevent “ghettoization.” The protagonist, of course, is “David Shapiro.”

Or a version of him, anyway, flanked by holographic projections of Shapiro’s real-life friends, four of whom appear with him on the cover. “I’m terrified that people will think,” Shapiro said, again highlighting the image anxiety that is the novel’s lifeblood, “that because some parts in there are verifiably true, via Google, then every single thing is true.” He acknowledged that his debut comes at an interesting time for autobiographical fiction, in which writers have toyed with transparency to great acclaim. Tao Lin’s Taipei and Emily Gould’s Friendship borrow at least the furniture of their authors’ lives, while Sheila Heti’s How Should a Person Be? and Karl Ove Knausgaard’s six-volume My Struggle hew to diary-like reportage, not even inventing protective names for their ensemble casts.

You’re Not Much Use to Anyone occupies a space midway along this slippery spectrum, thanks to an unfamiliar sort of unreliable narrator. Where those beguiling voices often emerge virtuosically, Shapiro’s can be blandly colloquial (“Me and Camilla walk uptown”) and open (“I try to adjust my bunched-up underwear without anybody noticing”) in ways that suggest we’re reading the truth and nothing but. We have to weigh this assumption against little red flags along the path: “Shapiro” himself estimates that 40 percent of what he says is a lie, meanwhile cataloging those frequent slight deceptions that feel like social necessities.

“The most untruthful stuff in the book is what comes out of other people’s mouths, what the other characters say and do,” Shapiro said of his “human props,” who are nonetheless “identifiable.” He hopes that the bad behavior of his literary doppelgänger will overshadow that of his acquaintances, who “didn’t ask” for this exposure—still, I couldn’t help wanting to spot myself refracted on the page. (Shapiro and I had met once or twice, not that there was anything narratively arresting about those encounters.) “The number one question people have is, ‘How much of this is real?’” he said. “And, I mean, I would want to know that stuff.”

Fact-or-fiction isn’t just a parlor game: This is a book about the fear of being a pointless person—as an artifact, it’s keenly aware that there’s no sensible reason for it to exist—which directly echoes the fear of being misunderstood. In life and in the novel, Shapiro is informed that he’s an overly literal person, somehow even more so when writing online. But the novel gets to demolish a bizarre fallacy of the Internet Age: that a person can be wholly distinct from their “persona.” One of the finest scenes has Shapiro fretting because a reader blithely speculates that he has Asperger syndrome, eventually calling his cantankerous neurologist father for a diagnosis.

I admit to falling into some river of dread when the story was over (“Everyone says the ending is unsatisfying,” Shapiro remarked) that flowed from the vast reservoir of insecurity we keep dammed up in order to live. Suddenly I was panicked about interviewing Shapiro at all, about how this review would come across, about how the novel touches on social circumstances too new and broad and accepted for me to coherently summarize. It simply wouldn’t do to describe the narrative as “sex, drugs, indie-pop, and Seinfeld.” As with the well-curated, pointillist anecdotes that make up the action, you kind of had to be there.

The crux of this ephemerality is a sentence that appears halfway through: “Mike says that he thinks my blog is getting better and he thinks he might even read it if he didn’t know me.” To secure sustained attention from strangers is undoubtedly the metric of personal success these days, and Shapiro knows it, even as he wonders how to capitalize on cult recognition and starts to lose steam at the height of his popularity. The now mostly dormant Pitchfork Reviews Reviews, as You’re Not Much Use to Anyone explicitly telegraphs, was less a blog than a phase of Shapiro’s life; he wasn’t any more or less “himself” in or outside of it.

After our chat, which dissolved rapidly into talk about the media, criticism, jealousy, and the million other subjects tangentially vital to the book’s plot, such as it is, Shapiro signed my galley with his characteristic warmth: “This was a good interview. I got to say stuff I wanted and learned about you (more than I already knew). Thank you.” This renewed my panic— What if I didn’t quote the right parts? Would I completely distort his meanings? These aren’t problems endemic to the Web, I realized, suddenly reminded of any number of passages, including this one, which identifies a phenomenon few writers would actually bother to:

On an afternoon in the middle of May, Emma sounds weird on the phone and I ask her if everything is okay and she says, “Yeah, everything is fine,” in the tone where you know everything is not fine but there’s no reason to press it because the person who’s not fine isn’t going to reveal why in this conversation.

Online and off, we speak or withhold; we’re kind or cruel; we console or manipulate. None of that is especially odd. What’s weird is how we walk around believing that the world and the Internet are separate realms, when that’s clearly no longer the case.