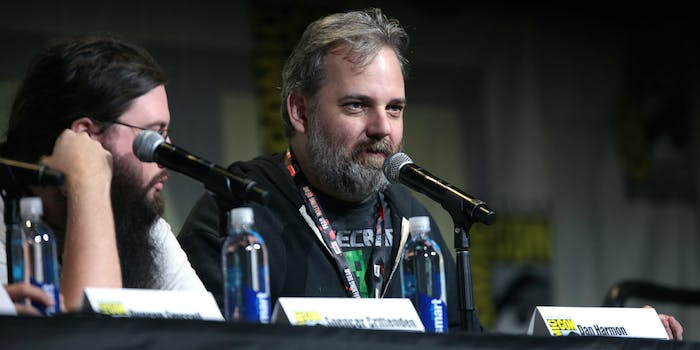 'Nobody should ever have to see what you saw.'

On Monday, Dan Harmon deleted his Twitter after a disturbing 2009 sketch reappeared. And he’s sorry about it.

The Rick and Morty co-creator issued a statement on Monday night to the Daily Dot, apologizing for the 2009 webseries Daryl, in which Harmon’s character simulates rape on a baby doll in an effort to stop it from becoming a serial killer: “In 2009, I made a ‘pilot,’ which strove to parody the series Dexter and only succeeded in offending. I quickly realized the content was way too distasteful and took the video down immediately. Nobody should ever have to see what you saw and for that, I sincerely apologize.”

Adult Swim, which airs Rick and Morty, also issued a statement about Daryl:

At Adult Swim, we seek out and encourage creative freedom and look to push the envelope in many ways, particularly around comedy. The offensive content of Dan’s 2009 video that recently surfaced demonstrates poor judgement and does not reflect the type of content we seek out. Dan recognized his mistake at the time and has apologized. He understands there is no place for this type of content here at Adult Swim.

Harmon has not returned to Twitter. In late June, he claimed he was “leaving Twitter for a while.”