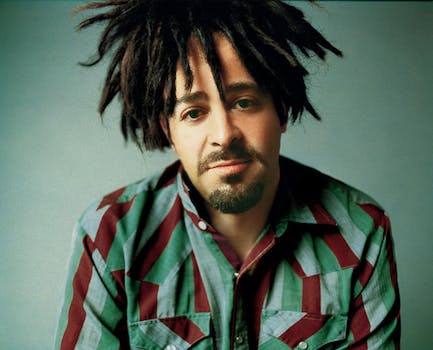 Across a wire: The Counting Crows are counting crows

Somewhere in the middle of America, maudlin ex-pop star Adam Duritz is still counting all the crows. At least that’s what one Twitter account—@CountingCrows_—would have you believe.

The parody account, which apporiately started tweeting on April 1, has spent the past three days poking fun at Counting Crows, the band that Duritz has fronted since 1991. It’s done so in a way that will have you simultaneously envious of its simplistic ingenuity and lamenting the downfall of creative spoof tweeting.

The account’s first tweet was a real intellectual doozy:

“1 crow,” read the tweet, which received five retweets and one favorite.

The next… well, if you can’t figure out what came after “2 crows” then it might be time to stop spending so much time at the bar with “Mr. Jones.”

Inexplicably, the account’s most popular tweet was its announcement that it had just counted “7 crows.” That tweet received 57 retweets, more than twice as many as the next most popular tweet, which came on Tuesday afternoon and noted that there were “15 crows!”

One can only imagine what @countingcrows_ will tweet next, or if it will continue “Hanginaround” for much more time at all.

No word on whether the real Adam Duritz, who tweets on behalf of his band at @countingcrows, has learned of the parody account. (A request for comment from the Daily Dot was not returned.)

But the dreadlocked singer has yet to make any public mention of it. Instead, the New York City songwriter has remained steadfast in his promotion of upcoming Counting Crows album Underwater Sunshine (Or What We Did On Our Summer Vacation), the band’s sixth album and first since 2008.