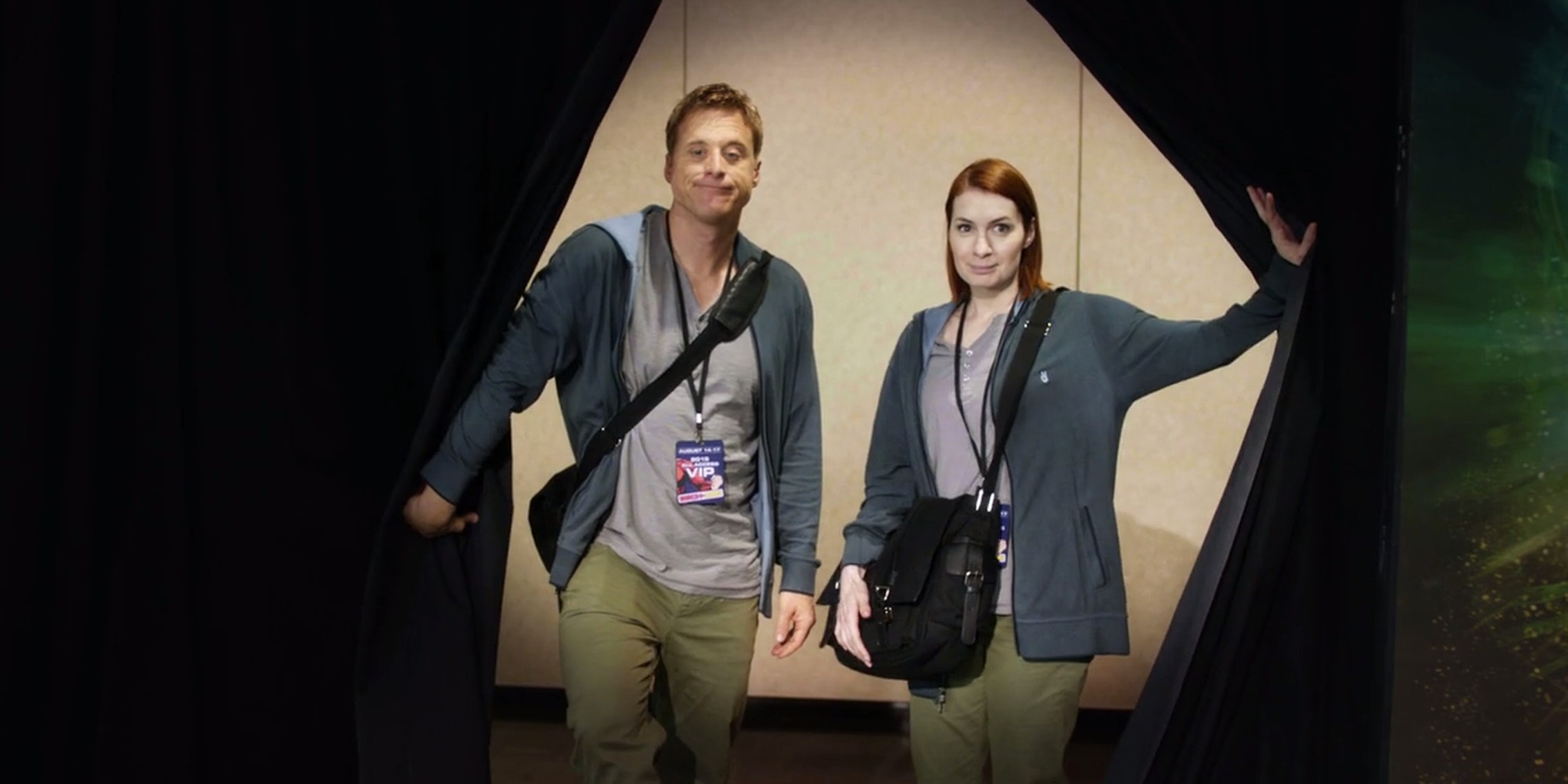 'Con Man' shows us fan culture through the eyes of a cult star.

Alan Tudyk‘s Con Man has more than just Indiegogo backer rewards to fulfill. The Firefly actor’s take on fans and fan culture has some high expectations to meet—and we’re not sure it quite hits the mark.

The first four episodes of the webseries premiered Wednesday on Vimeo, with the remaining nine episodes to air in installments of three over the next three weeks. While some backers can view the episodes, which are about 10 minutes long, others have the option of renting the season for a three-month viewing period.

Fans can also tune in to Entertainment Weekly Wednesday at 10:00pm ET to stream the first three episodes for free.

The results of Tudyk and co-star Nathan Fillion‘s crowdfund campaign, which grossed more than $3 million, are a mixed bag. The show boasts a litany of guest stars—everyone from Wil Wheaton to Felicia Day. Despite being billed as Extras meets Galaxy Quest, Con Man feels more like Tudyk’s attempt to draw comedy from his own awkward encounters with Firefly fans. For instance, the opening scene, which shows Tudyk’s character Ray Nerely getting hilariously pestered for autographs while sitting on a toilet, comes from his own experience. Astute con-goers will recognize other characters, like Mindy Sterling’s agent, as being inspired by real people as well.

The basic plot of Con Man is a well-trodden trope by now: A minor celebrity goes to a con and is baffled by fandom culture and suffers encounters with awkward fans, but gradually discovers fans are OK after all. It’s one that fans have seen many times before—and not always so lovingly handled, as in Tim Allen’s 1999 film, Galaxy Quest. In addition to watching that same trope play out in an endless litany of articles about fandom (replace “baffled minor celebrity” with “baffled journalist”), fans have seen similar themes in shows like Supernatural and The Guild. In fact, Supernatural actors crowdfunded a very similar webseries just days after the Con Man campaign launched.

The problem with this trope is that often attempts to “lovingly” skewer fan communities often veer too far in the direction of laughing at, not with, those fans. Tudyk does utilize plenty of self-deprecating humor, to be sure: Nerely is clearly too neurotic and concerned with his floundering career to kick back and enjoy the fan culture around him, so fans will have a good time watching him learn to relax.

But in the first two episodes alone, there’s a running joke on an ableist slur, a running joke about Felicia Day’s diarrhea, and a gag mocking an overweight, broken-accented Latino man in an angel tutu and tights. In other words, Con Man‘s humor is often as awkward as the fans it wants to poke fun at.

The show’s loving view of fans is voiced from the perspective of Sean Astin, who shows up to deliver a hobbitlike mantra about the relationship between celebrities and fans: “We’re the music makers. They’re just dancing to the dream.”

But Con Man might be a little overhasty in dragging its core base, instead of dragging fans along to the party where everyone is dancing together.