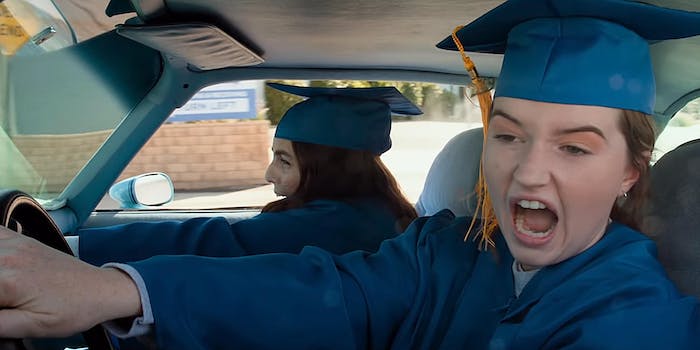 Comedy films are still working, but studios need to learn how to distribute them.

Reports of the comedy movie’s death have been greatly exaggerated.

Some people argue that the comedy film is dead. Their logic is that superhero movies and other blockbuster franchises have crowded studio comedies out of the cineplex, while indie comedies bomb when they make a bid for a wider audience.

At first glance, this assessment makes sense. Headlines like “Don’t laugh: movie comedies are disappearing” and “Hollywood’s Comedy Crisis” have become commonplace as entertainment journalists churns out article after article bemoaning the box office disappointment of both studio comedies and plucky indies.

There have certainly been some big comedy flops in 2019. Booksmart was probably the most discussed, but Stuber, Brittany Runs A Marathon, Long Shot, and Late Night are among the numerous films cited as misses this year.

It is fair to say that there are fewer comedy film success stories these days. If you look at the box office receipts of 2019 to date, only about eight of the top 50 films could be described as comedies. In 1999, the number was closer to 20. But the reasons for this are complicated, and not necessarily a permanent state of affairs.

In the 2000s, studio comedy “bromances” were incredibly popular. Judd Apatow and Adam McKay presided over comedy fiefdoms that produced a certain type of film suited to the popular tastes of the era.

The single dominant genre of this era is the superhero film. There isn’t really a dependable comedy mode of this moment, except perhaps movies either starring Kevin Hart or produced by Seth Rogen featuring college-aged or younger actors. Hart has starred in a string of hits, and Rogen has one of this year’s highest-grossing comedies with Good Boys, as well as a string of recent wins including Neighbors, Sausage Party, and Blockers.

There are also comedies that fit within the superhero blockbuster framework but aren’t usually counted as such by box office observers. Detective Pikachu (No. 14, 2019) and Deadpool 2 (No. 9, 2018) are the highest-grossing comedies of the last two years, respectively. Purists may turn up their noses at the idea that these are comedies, but if the criteria is a film designed to make you laugh, then these two fit the bill.

Part of the fretting over comedies’ low box office numbers stems from a hesitance to count IP-based blockbusters that are funny as comedies. If you exclude the dominant genre of the moment, of course the numbers will look bad. The other consistent comedy box office draws, Hart and Rogen, can’t be replicated as readily as the ’80s frat comedies, ’90s rom-coms, or 2000s bromances, as they rely on a particular star rather than a broad set of subgenre tropes.

It isn’t hard to imagine the resurgence of comedy movies at the box office if the right kind of film gets made and spawns a new subgenre. Horror has enjoyed outsize representation at the box office in recent years on the strength of creators like Jordan Peele (Get Out, Us) and properties like It. Queen biopic Bohemian Rhapsody became a global smash hit, grossing more than $900 million; it was followed closely by Elton John biopic Rocketman and Netflix’s Mötley Crüe biopic The Dirt.

As live-action, character-driven comedies are pushed out of the multiplex, the independent world picks up the slack. The problem in indie film is not one of product, but of expectations. Now that Amazon and Netflix have heated up an already competitive festival market, box office success is no longer judged by the budget of the film, but the expectations distributors attach to it, often driven by unrealistic festival price tags.

Booksmart and Late Night, for example, were victims of their own buzz. Booksmart cost $6 million and grossed $24 million, a substantial return on investment. Late Night was made for $4 million and earned $22 million worldwide. But their distributors had greater expectations. Annapurna Picture and MGM opted to release Booksmart widely, encouraged by a strong response at SXSW. The companies ignored the playbook for successful indies, which tends to be a small release that grows through word of mouth. Despite Booksmart‘s modest budget, it received the rollout of a much larger film, setting it up for failure.

Similarly, while Late Night cost $6 million, Amazon paid $13 million for it at Sundance. Again, the streamer followed its substantial investment with a massive rollout that didn’t match the film’s potential audience.

The Farewell, by contrast, received a proper rollout for this moment. Made for $3 million, the film was nabbed by A24 for $6 million. Its rollout was slow and methodical, relying on word of mouth. To date, The Farewell has made $19.5 million—less than Booksmart and Late Night, but also not shooting beyond what it could reasonably achieve.

One executive who spoke on background said that every film “has a budget that it wants to be.” By this, they meant that one type of script is best made for $3 million starring an indie darling, while another is maximally profitable at $100 million and starring Ryan Reynolds. If you make and distribute the right film at the wrong price point, what could have been a success will feel like a failure.

In other words, if distributors had adjusted their expectations and release strategies, we could say this year has yielded a string of indie comedy hits.

No discussion of the future of comedy movies is complete without at look at streaming. Romantic comedy is alive and well on Netflix. The streamer has revitalized the rom-com in recent years with a slew of popular titles, such as To All The Boys I’ve Loved Before and The Kissing Booth. While Netflix is notoriously stingy with its numbers, executives did release its top 10 titles of the year along with its Q3 earnings report. Three of them—The Perfect Date, Tall Girl, and Always Be My Maybe—are romantic comedies.

Streaming films that don’t receive a theatrical release have largely been excluded from the conversation about the health of the movie industry, because box office numbers are the go-to metric for a film’s success. Yet even if films receive shorter theatrical windows or go straight to VOD, they ought to be included when discussing the overall health of the movie industry, particularly the comedy genre. As the streaming wars heat up, it’s reasonable to bet that more comedic subgenres will enjoy a resurgence if they make financial sense for a platform in a way that they don’t for theatrical distributors.

Just as television has abandoned same-day Nielsen ratings as the primary means of dictating a series’ success or failure, opening weekend box office numbers may not tell the whole story of a film. In May, Indiewire argued that Booksmart should be framed as a mild box office success, since it was on pace to outgross acclaimed films such as Mud, The Disaster Artist, and The Phantom Thread, none of which were deemed failures. (It ultimately did eclipse their box office totals.)

Looking at three major avenues of film distribution—studio, indie, and streaming—it’s clear that comedy movies are not dead, but many industry executives are still running old playbooks. The content is working. It’s the business model that needs to change. If that happens, future film analysts may very well look back on the great comedy panic of 2019 and have a good laugh.