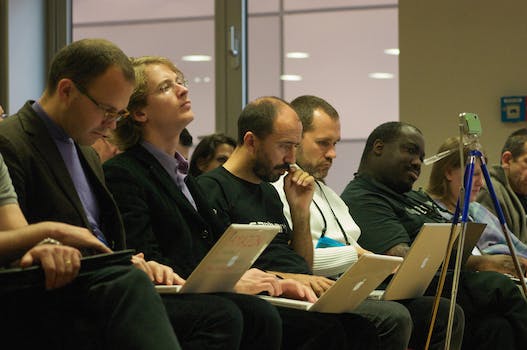 Twitter may have made Delaney famous, but the comedian tried his hand at entertaining a different audience in a Reddit interview Monday afternoon.

Rob Delaney, known as the funniest man on Twitter, has parlayed his 500,000 followers into a successful comedy career and a Web-released standup special. Although Twitter made him famous, it’s not the only place Delaney interacts with fans online. In the early afternoon on Sep. 10, he took questions on Reddit in an AMA (Ask Me Anything) post.

“I’m here to talk about my new standup special, ‘ROB DELANEY LIVE at the BOWERY BALLROOM,’ which is available for download at www.robdelaney.com for $5.00. Or anything else you want to talk about. I don’t care,” Delaney wrote in a preview.

Their queries ranged from serious to witty to downright bizarre. Here are some of the highlights:

“Oh I suppose any tweet that links to that depression blog I wrote. I have to imagine that’s the only thing I’ve ever tweeted that may POSSIBLY have had a substantive positive effect on anyone’s life.”

Is your stand up special ever going to air on television (Comedy Central or something)? And I’m sure we’re a ways off from a second one, but would you do the online sale again, or try the TV route for more exposure? Congrats on the success, you were great in Philly, but you made my brother uncomfortable. (jtq1)

“My special will likely appear somewhere else in the future, though I’m not 100% sure yet. I would DEFINITELY do the self-release again though, since it was fun, I learned a lot, I was in total control, I know what I’d do differently next time and it worked out financially.”

Do you get more jazzed or bummed out when the uninformed take your tweets seriously? (BUSean)

“Jazzed. I sincerely enjoy “trolling” and will continue to do so. I am a small-minded poo-sniffer and it makes me LOL very hard.”

Who’s your favorite comedian/peer to watch perform? I see you talk to Mike Birbiglia on Twitter quite a bit! (DisreSpectre)

“Oh Jesus, there are so many. I love Mike Birbiglia of course. Maria Bamford, Chelsea Peretti, Neal Brennan, Hannibal Buress, Tig Notaro. I could go on for 3 days. There are so goddamn many. Good time to be alive.”

Have you ever found that your twitter account negatively affects expectations concerning your show? Do you worry about exhausting a concept on twitter before it ever makes to the stage? How much do the parody and “humor” accounts who shamelessly steal jokes bother you? Is it ok with you if women braid their lustrous body hair? Basically, I’m concerned if it’s the presence of the hair itself or if natural presentation is essential too. (anexanhume)

Would you rather fight a horse sized duck, or 100 duck sized horses?? (wilsonwiz)

“The horse sized duck because I would feel terrible killing a bunch of adorable little angry horses. The big duck though I would attack with ferocity as I tried to not be killed by its big beak.”

Delaney previously did a Reddit AMA on March 7, 2012, and he was also interviewed by his Twitter followers on June 27.