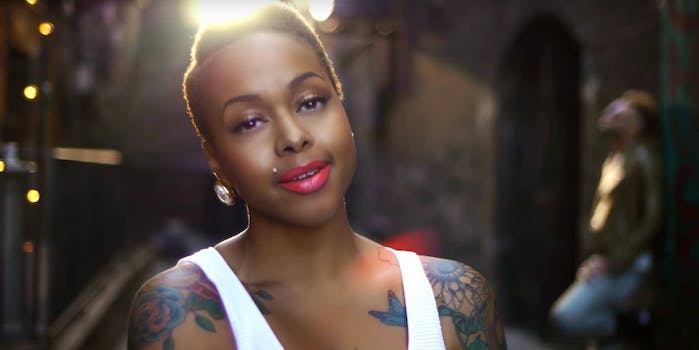 Michele will diversify the rock-centric bill.

Singer Chrisette Michele will perform at President-elect Donald Trump‘s inauguration ceremony alongside the likes of Toby Keith, Lee Greenwood, Sam Moore, and 3 Doors Down. She allegedly agreed on the conditions that her set would be an R&B one, diversifying the current rock-centric bill.

According to the New York Daily News, arrangements were finalized a week ago, but were kept under wraps to avoid days of continued criticism before Trump’s big day.

And though this is a win for the president-elect’s organizational staff, many Twitter users aren’t amused with her decision to perform.

Well how long is Chrisette Michele cancelled?
Black twitter: a couple of forevers…

So goodbye @ChrisetteM it was so nice listening to you all these years. You are off the island girl. #blackandwomancardrevoked

One of us has to bring some money into this house, so do what you gotta do @ChrisetteM

Wait… Chrisette Michele is performing at the Inauguration? pic.twitter.com/GOI0mCDViY

If the Grammy-winning artist somehow bows out after being pulled through the mud, Trump’s squad may want to consider YG’s offer.