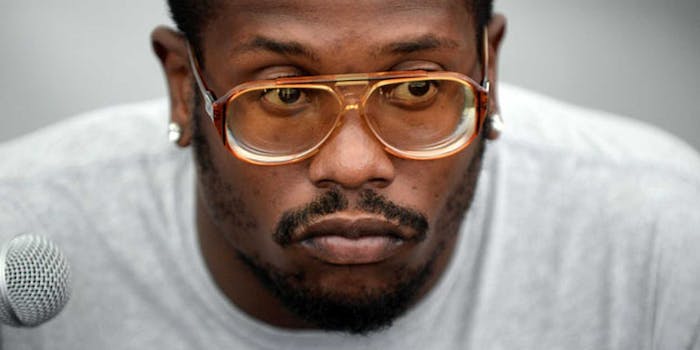 Broncos linebacker tries to party after losing the Super Bowl, is rejected

This definitely embodies the phrase "when a bad day gets worse."

Having just lost the Super Bowl quite badly, Von Miller, Denver Broncos linebacker, decided to go to a nightclub. As one does. Unfortunately, Miller went to a nightclub where a bunch of Seattle Seahawks were partying. He got bounced.

That’s embarrassing. You know what else is embarrassing? Losing the Super Bowl by 35 points. Zing! (Also: that outfit.)

It’s worth noting that Miller did not play in the Super Bowl due to a torn ACL. That wasn’t the only time he had to sit out this year: early in the season he was found guilty of violating the NFL’s drug policy. None of this stops the video from being somewhere from fairly to quite amusing (re: that outfit).

But while we’re on the subject of famous people not getting their way, remember that time the Miami Heat didn’t let Drake into their locker room after winning the NBA Finals? That was hilarious. Let’s revisit that.