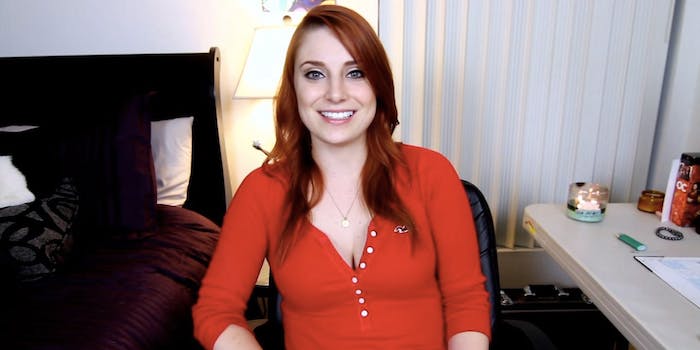 WCW Bree Essrig will make you laugh till you cry

There are very few things comedian Bree Essrig won’t do in the name of a perfectly timed joke.

There are very few things comedian Bree Essrig won’t do in the name of a perfectly timed joke. She’s licked a tree while hosting SourceFed; she’s combined the cinnamon, chubby bunny, and Cup Song challenges into one and lived to tell the tale; and most importantly, during the time when Frozen covers were as popular on YouTube as sweaty palms at a junior high school dance, Essrig—bless her golden comedy heart—exposed the truth about Anna and her love of “snow.”

Essrig originally started acting for the sketch comedy channel Totally Sketch, where she gained millions of followers through her interactive video adventures and role in the Internet sensation and horror movie Smiley. In 2009, she finally decided to make her own YouTube channel and has since become known for her drunk movie and book reviews; hilarious commentaries about life, sex, and relationships; popular webseries Gillian and Scout; and most notably, her personal conversations surrounding issues of sexual assault, bullying, and mental illness.

When watching her videos, it feels like Essrig is about to pop through the screen, as if her authentic, over-the-top personality can barely be contained within the confines of one video. So it was tremendously good news when, on March 25, the popular news show SourceFed hired her on as a full-time host. Essrig previously hosted the Young Turks’ pop culture show Poptrigger before making this move over to Phil DeFranco’s news channel. SourceFed was originally started in 2011 and has since grown a loyal audience of 1.5 million subscribers who tune in everyday to hear some of YouTube’s best (and most manic) personalities deliver the news.

In the short time Essrig has been a part of the cast, she’s already made a name for herself as both a comedian and a strong activist, writing and delivering pieces about Bill Cosby and the ridiculousness of victim blaming. This is not the first time Essrig has used YouTube to start a conversation: Late last year, she uploaded a video to her own channel sharing with viewers her own experiences with sexual assault and stalking. Her video inspired an important discussion in the comments about victim blaming and how best to support a friend who has been assaulted. But most importantly, Essrig demonstrated to viewers by example that although sexual assault is an event that will change you, it does not define the person you are.

Through her growth on YouTube, Essrig has become a role model for young comedians trying to  make their own opportunities for themselves. So to Bree Essrig: Keep living life as a game changer, and please never stop uploading photos to Instagram with the caption “I wish you were beer” instead of “I wish you were here.”