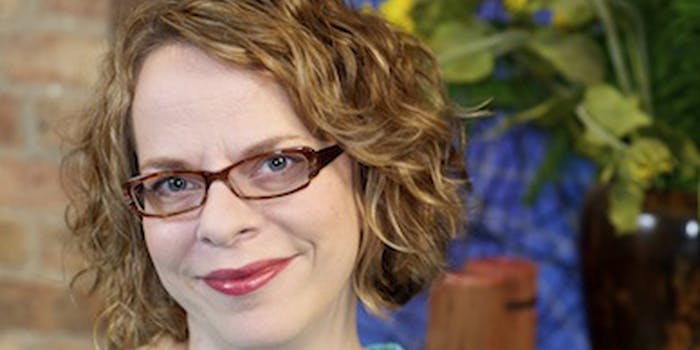 Author Kate Harding doesn't think victims should be faulted for being assaulted, and she made a blog to prove her point.

Every two minutes someone in the U.S. is sexually assaulted.

And almost every single time this happens, someone either publicly or privately blames the victim for not doing more to prevent the assault.

One person tired of this blame game is Kate Harding whose new Tumblr Don’t Get Raped points out how absurd and offensive victim blaming is.

The simple blog features attention-grabbing headlines like “Don’t go to the gynecologist” and “Don’t bum an Advil when you’ve got a headache” drawn from real life stories of women being assaulted under those circumstances. The posts are meant to show how quickly our society is to tell victims not to do ordinary things in order to avoid assault.

While there are thousands of victim blaming stories that Harding has read about or seen, it was the most recent case involving Arizona Judge Jacqueline Hatch that put the Chicago-based writer over the edge.

Earlier this summer a woman was groped in a Coconino County, Ariz. bar by former Arizona Department of Public Safety officer Robb Gary Evans. Evans was convicted of sexual abuse on July 2 and sentenced to two years of probation. After the sentencing Hatch shared the following statement to the victim in the courtroom:

The statement caused an uproar around the country and inspired a Change.org petition to have Hatch removed. It currently has 16,500 digital signatures. Hatch has stood up against the calls for her resignation but did issue a public statement apologizing to the victim Saturday.

It’s stories like that in Arizona, and the countless more involving rape, which prove that as a society we have a long way to go in terms of respecting victims.