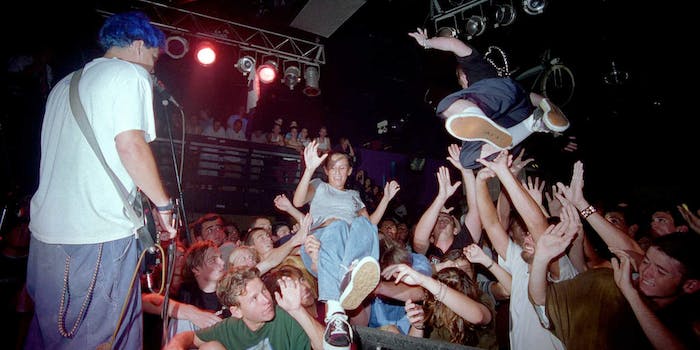 “Rehearsals start today,” DeLonge wrote. “And yes there will be a new album #SorryForTheWait #Blink.”

Blink-182 guitarist and vocalist Tom DeLonge confirmed yesterday via Instagram that his three-headed millennial nostalgia machine is working on a new album.

“Rehearsals start today,” he wrote. “And yes there will be a new album #SorryForTheWait #Blink.”

There’s still no release date. And actually, as Musicfeeds points out, DeLonge is really re-confirming that the band is working on a new album, as the band had already confirmed (“confirmed”) last August that they’d be releasing a new album in mid-2014. Which is right now.

In April, bassist Mark Hoppus announced a new project, begun “while [drummer] Travis [Barker] and I have waited for blink-182 to get back into the studio this past year.” Was he implying DeLonge was the cause of the delay? Sounds like it!

We need our fix of three-chord pop-punk jams before we get too old to pretend we’re in sixth grade again. Act your age, Blink.