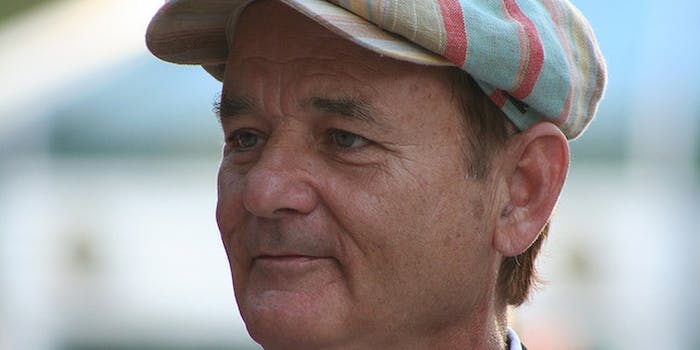 When Bill Murray asks you for an encore, you give him a damn encore.

Patrons at Lupe Fiasco‘s Austin, Texas, show Wednesday night were surrounded by not one, but two high-profile celebrities at the Belmont.

After the rapper rocked the stage, comedian Bill Murray demanded an encore.

The rapper had a few minutes to get some quality time with his fellow Chi-Town brother, praising Murray for his “words of encouragement” on Twitter and Instagram.

When @BillMurray comes to your show in Austin, TX and proceeds to FORCE an encore! 😳

(Gave me some amazing words of encouragement ❤️) pic.twitter.com/XSKQ9x0XWL

Thanks for just being you, Bill.