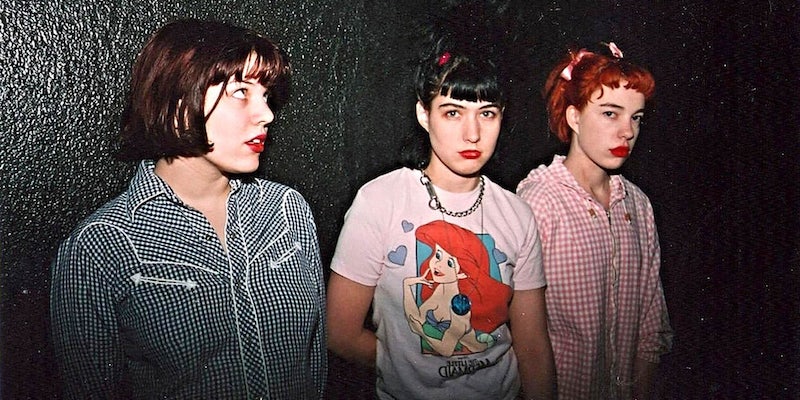 Photo via Sandra Gonzalez/Flickr (CC BY 2.0)

That was the opening line shouted out on the feminist punk band’s 1991 demo tape, and it quickly became a rallying cry for an international movement of young punk women and queers who were collectively fed up with misogynist violence and discrimination.

Now, the band that defined “girl power” way before it was co-opted and turned into a Spice Girls catchphrase is reissuing the demo with three previously unreleased songs. It’s also the first time the demo will be available in anything other than cassette tape (Google it, millennials) form.

The reissue, out Sept. 22, is currently available for preorder. But luckily, obsessed fans don’t have to wait another month for an influx of new BK material. On Thursday, former Bikini Kill drummer Tobi Vail posted never-before-seen Super 8 footage of the band to YouTube.

The footage was part of a student film but hasn’t been seen in years, and it’s the first time the short film has been posted online.

It’s been 24 years since Bikini Kill’s music first circulated. Riot Grrrl, a young feminist movement that the band was closely associated with—and which got enormous media attention—was an international network of collectives that made music and produced fanzines, protested sexism and homophobia, formed support groups for survivors of rape and abuse, and eventually changed mainstream culture.

A documentary on the Riot Grrrl movement is slated for release in 2016, and an excerpt from the film traveled as part of the touring art exhibition Alien She.

Riot Grrrl groups still exist all over the world, with current chapters cited in places as diverse as Brazil, Spain, Scotland, Paraguay, and the United States.

The Punk Singer, a 2013 documentary about the life of Bikini Kill’s singer Kathleen Hanna, is currently streaming on Netflix. The Tumblr Riot Grrrl Census surveys members to “track the lasting impact” of the movement, posting the interviews as they come in.