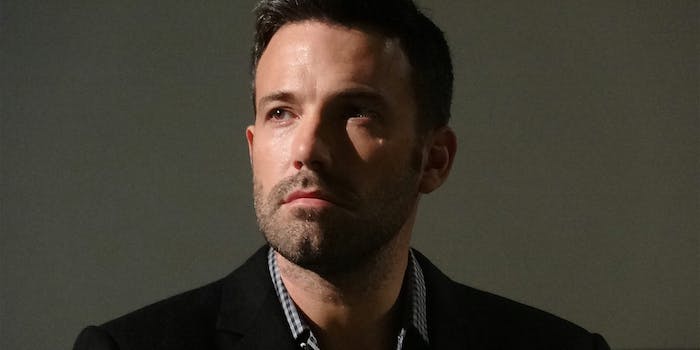 Affleck, who starred in the 1997 film Good Will Hunting, which was distributed by Weinstein’s Miramax, posted to Facebook on Tuesday, claiming that he is “saddened and angry that a man who I worked with used his position of power to intimidate, sexually harass, and manipulate many women over decades.”

He added that the “additional allegations of assault that I read this morning made me sick,” referring to the New Yorker‘s detailed report of allegations from 13 women, including three who allege Weinstein raped them.

Of course, many of the comments on his post ask him to take the same stance on his brother Casey Affleck, who has had at least two sexual harassment suits brought against him and a history of inappropriate behavior with women, which was brought up again earlier this year when he won an Oscar for Manchester by the Sea.

While many women in Hollywood have condemned Weinstein, or come forward with more allegations, men haven’t been as vocal. The Guardian reportedly reached out to 20 male actors for comment on Weinstein, and none of them responded.