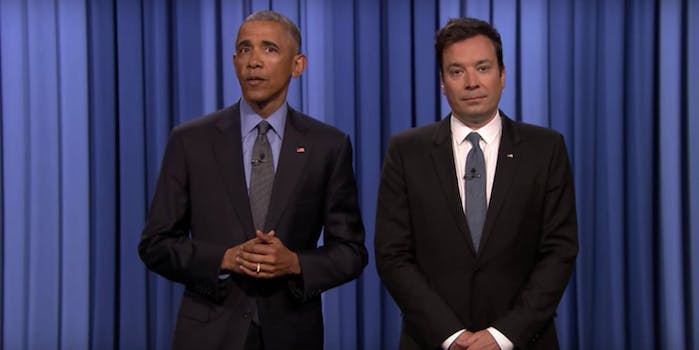 Fresh off his endorsement of Hillary Clinton, President Obama just had to slow jam that news.

Obama reunited with Jimmy Fallon for the first time since 2012 (and made his Tonight Show debut), and while he’s only got 223 days until his Hawaiian vacation, he was willing to allot some of that time for a Slow Jam.

Obama is as smooth as ever as he covers everything from the Affordable Care Act to marriage equality and Donald Trump. He’s about to go on the campaign trail, so he makes the best of it.

Just imagine Clinton or Trump doing one of these next year.