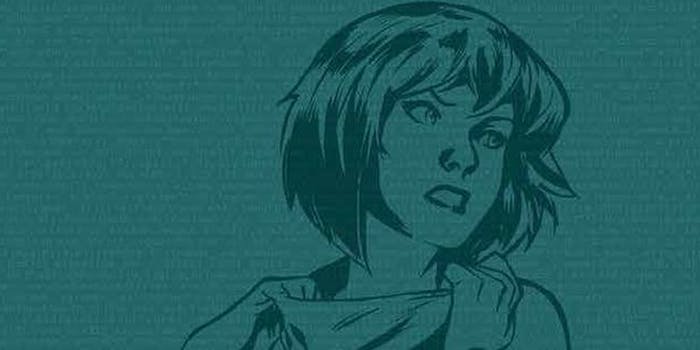 Why Alyssa Milano created a comic book tribute to Anonymous

What do Alyssa Milano and Anonymous have in common? More than you'd think.

What do Alyssa Milano and Anonymous have in common? Surprisingly, they both play a role in a new comic book series called Hacktivist, and to hear her tell it, she was a bit “obsessed” with her muse.

You might remember Milano from her TV roles on Who’s the Boss?, Charmed, or the more recent Mistresses. But in the last few years, the actress has shifted her focus to issues of Internet freedom (she was very vocal against the Stop Online Piracy Act) as well as social media and the politics and narratives that inform it—Twitter especially.

Hacktivist is based around the global adventures of fictional characters Nate Graft and Ed Hiccox, who run a successful social media company, YourLife, which is like Twitter. They also happen to be hackers with a group modeled off Anonymous called sve_Urs3lf. 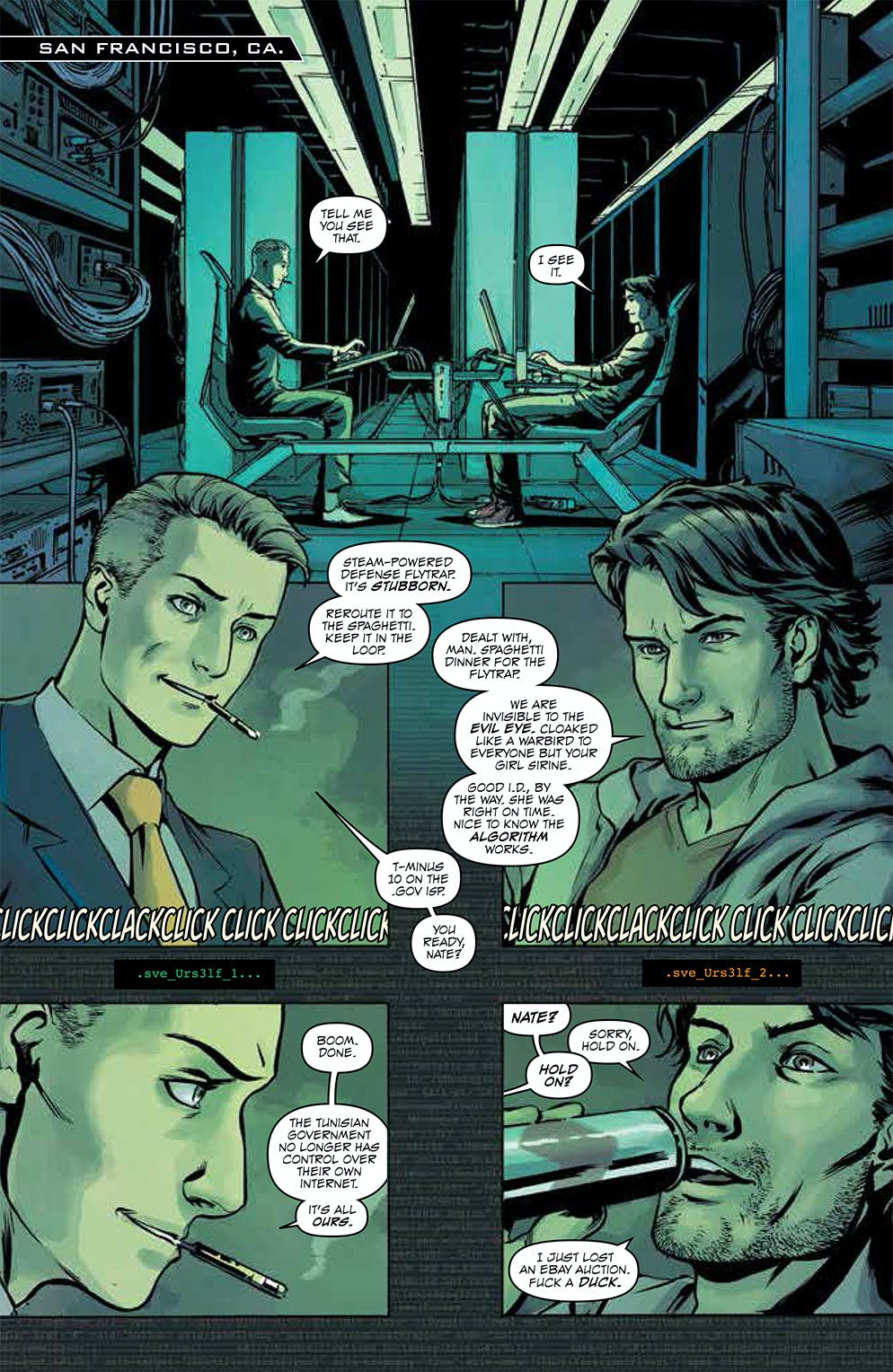 On Jan. 22, comics publisher Archaia releases the first of four installments of Hacktivist and will compile all four volumes into one book by summer. Milano said the idea came about a year ago.

“I became obsessed with the role of the media, and how it was being used as a tool for protest,” she told the Daily Dot. “At the same time, Anonymous was using hacking skills to empower people. And I thought, ‘What if Anonymous wasn’t a group but one person?’ And that spiraled into, ‘What if Anonymous was one guy? What characteristics would he have?’ He’d have to be socially aware, a coder, have access, be compassionate.”

She then took a very big leap and modeled her protagonist after a real person.

“[Twitter cofounder] Jack Dorsey was the only person I could think of,” she adds. “What if Jack started Twitter to affect social change?” [Dorsey is her son’s godfather, and Milano was an advisor at his startup, Square.]

It could be argued that Twitter has become a forum for social change. Its role in protests and uprisings around the world has been well documented, and it’s become the platform of choice for Anonymous’s various activities, as seen recently with the collective’s Million Mask March.

Milano says she always wanted Hacktivist to be a graphic novel, and the publishing house Archaia “fell in love” with the idea. They paired her with writers Jackson Lanzing and Collin Kelly to create the story, plus artist Marcus To and colorist Ian Herring. While Hacktivist could easily translate to a film or television medium, Milano thought there was a better way to tell the story.

“Digital storytelling is something I’m into,” she explains. “I didn’t want to go into a network or studio and hear a million reasons why it wouldn’t work.” 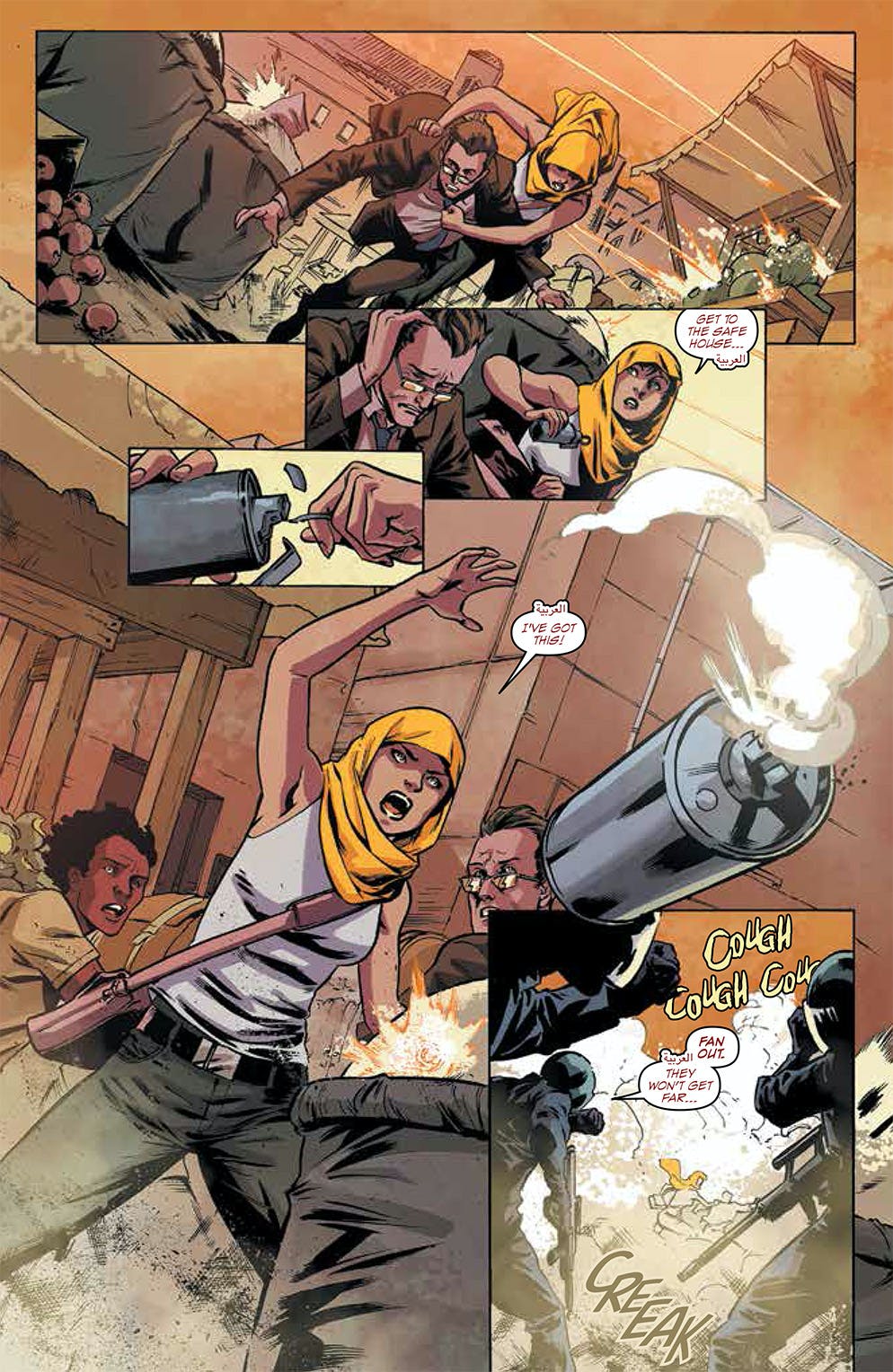 In early November, she engaged in a bit of viral marketing for the project and made it look like her Twitter account had been hacked. She also made sure she got input from coders and actual members of Anonymous. In an initial meeting, one of her consultants hacked her phone while she was sitting across from him.

Archaia saw a chance to market a story not everyone is telling in the graphic novel medium.

“When Alyssa came to us with the idea, we instantly recognized its relevance and timeliness with what’s going on in the world today, touching upon how social media has affected our everyday lives, and how it can be used for both good and sinister things,” offered Rebecca Taylor, editor of the series.

But making it realistic was another challenge. The art, layout, and coloring is striking, but the storyline is a fairly Hollywood version of what the culture entails and mostly stays away from discussing hacking’s greyer areas, like the fates that befell Jeremy Hammond, Barrett Brown, and Aaron Swartz. It’s more realistic as a way of explaining hacking to mainstream culture and how it can be a forum for positive social change.

“I had some great creative consultants; hackers and members of Anonymous,” Milano said. “It was important that I got this right. We couldn’t fake it. The heroes here are real men who don’t have superpowers.”

She adds that it was important to have a strong female character as well. The action of the story jumps back and forth between the men and Sirine, the woman on the ground amidst a revolution, and on the novel’s cover. 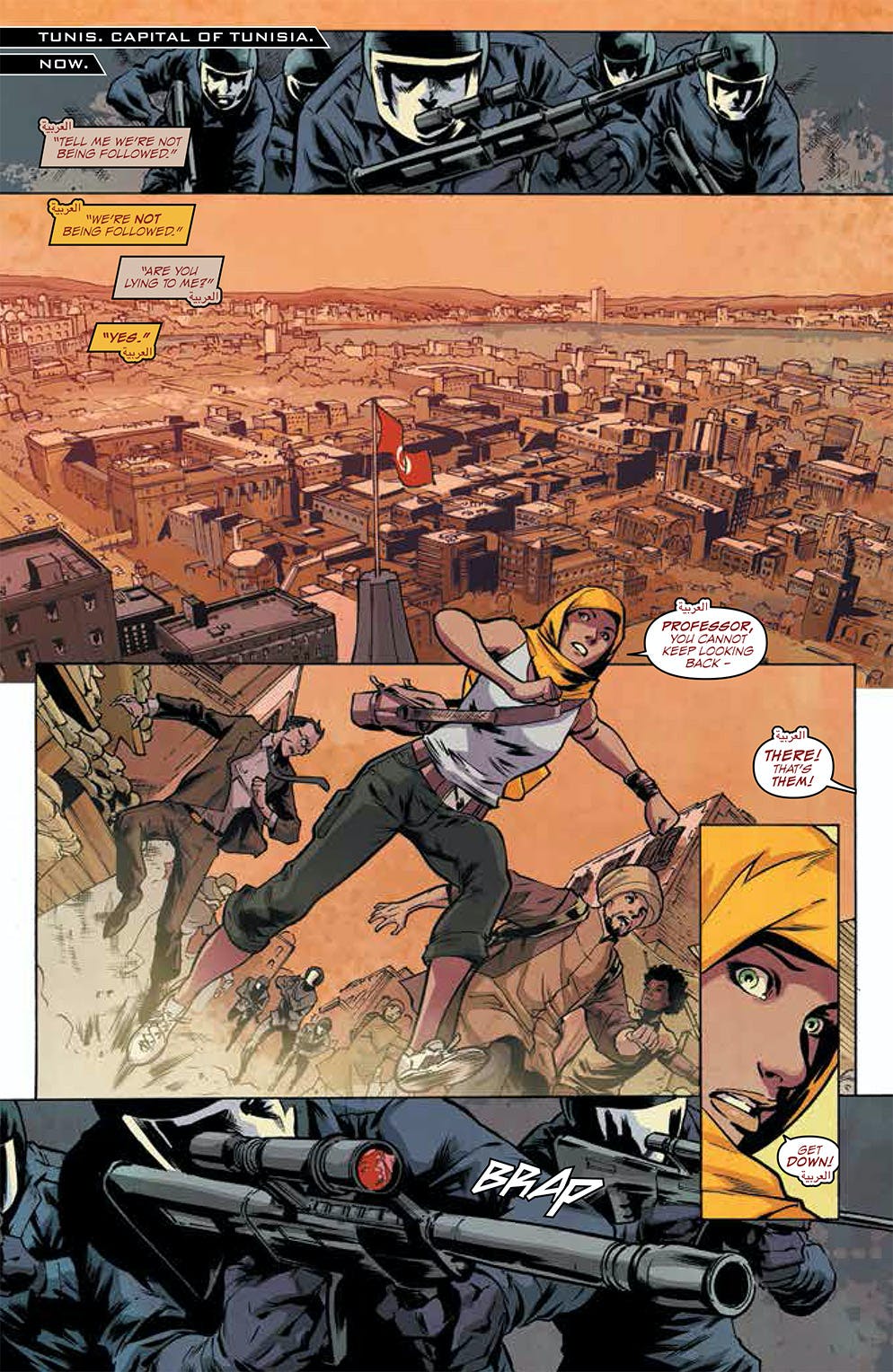 Hacktivist paces its story on the info and misinfo Twitter—and the Internet—can provide, and there are some parallels to the reality of living online. Milano also talked about the celebrity culture of Twitter and explained her recent run-in with comedian Jay Mohr, who indulged in some body-shaming on his podcast. The only reason she found out, she says, is because of Twitter.

“It’s a great barometer of where we are socially,” Milano adds. “The exploitiveness of where we are culturally. We don’t want to open magazines and read about people giving Jessica Simpson and Kim Kardashian a hard time about their weight. With social media, it’s easy to throw jabs.

“There’s a disconnect there; we’re not saying these things to people’s faces. It’s important to remind people we hear and see this.”