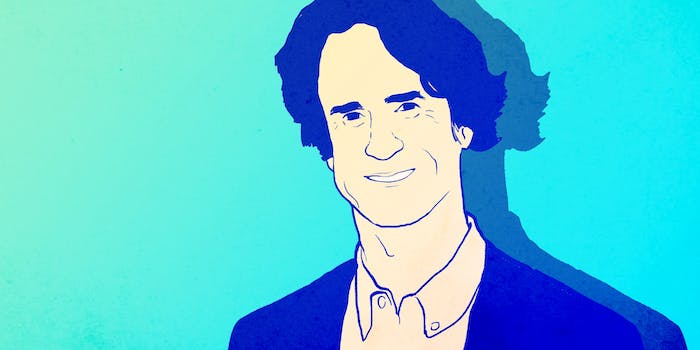 Director Jay Roach on HBO’s ‘All the Way,’ Bryan Cranston, and Donald Trump

It’s important to continue telling the stories of those who helped achieve change—both to see how far we’ve come and to document what it took to get where we are.

That’s one of the key themes of All the Way, this summer’s HBO adaptation of the play by the same name, which is streaming on HBO Go and new to Blu-ray and DVD this week. The film covers Lyndon B. Johnson’s first year in office, from his hasty swear in after John F. Kennedy’s assassination through to LBJ’s reelection a year later. The main focus of the film, however, is LBJ’s work with Martin Luther King Jr. on the Civil Rights Act. It’s here that the parallels to today’s political and social climate resonate most.

“It’s depressing that we’re still fighting them,” director Jay Roach tells the Daily Dot about the battles LBJ helped wage on behalf of humanity in the ’60s. “But I think LBJ is inspiring because in a way he’s the anti-Trump. LBJ was a pro. He got things done.”

With Election Day looming, it’s hard not to think of Donald Trump and all he represents—and compare it to the opposition LBJ faced.

At one point in All the Way, Johnson says to his wife, “It’s about those who got more wanting to hang on to what they got at the expense of those who got none.”

Broadness aside, nearly every instance of social inequality can be summed up by that quote. It boils down to fear, on both sides. Fear of losing dominance over the Others on one side, and fear of the status quo on the other.

“My other favorite quote in the movie is ‘Any jackass can kick a barn down, but it takes a carpenter to build one.’ People can exploit fear to get us to forget what holds us together,” says Roach, before adding, “But if you care about what binds us—things like love, and respect, and just common civility—you know, if you emphasize those things, which LBJ was a master of doing, you can inspire people to team up.”

Despite making Trump’s role in that analogy clear throughout the conversation, Roach never mentions Hillary Clinton, rather, he lets you finish the thought by reiterating LBJ’s credentials.

“LBJ was a pro,” he says. “He got things done. Dozens and dozens, hundreds really, of incredible pieces of legislation that still benefit us today, have raised our quality of life. Medicare, Medicaid, programs in education, drastically increased spending on public education. So in a way, again, he’s the anti-Trump and makes Trump look like an amateur.”

As a play, All the Way was very successful, but the story finds new life in its translation to film. Bryan Cranston reprised his Tony-winning performance and continued to find ways to balance Johnson’s political prowess with more intimate moments.

“Because I worked with Bryan on Trumbo I just knew what he was capable of up close when you’re right in his face,” says Roach, “Both in the most intense, fierce moments when he’s threatening somebody if they don’t help pass the [civil rights] legislation, or in the more self-pitying moments in his bedroom with his assistants when he was just cut down and underestimated and disrespected. The camera can be so close where on the stage you have to project to the upper balcony.”

While Cranston deservedly receives much of the attention, Anthony Mackie is equally compelling as MLK. It’s a role that could’ve easily gone big and showy, but Mackie brings something else to the table.

“He did a very wise thing, he kind of went for the quiet humanity of the man more in private than the great orator that we all know from the public speeches. I thought to underplay it was a really wise choice,” Roach says.

He’s right. Together, Mackie and Cranston make larger-than-life men relatable, and that tangential quality helps make the film much more than just a historical document.