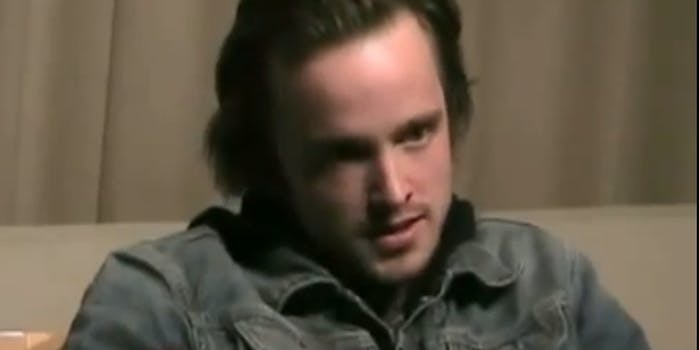 This should help tide you over until tonight's episode.

Jesse Pinkman was never supposed to make it this far.

Series creator Vince Gilligan originally intended to kill the off the beloved Breaking Bad character in a botched drug deal at the end of the AMC drama’s first season. But Pinkman quickly became indispensable, both as Walter White’s cracked sideman and as an audience favorite: He’s a captivating and complex character—damaged, flawed, showing every mistake in his facial expressions.

Gilligan should have seen it coming.

In this leaked audition reel, which only recently surfaced via Reddit, actor Aaron Paul nails the part right from the start. In it, Paul—seated and with shoulder-length hair, delivers some dialogue from Breaking Bad’s pilot episode, including the line that gave the series its name.

It should help tide you over while you wait for tonight’s episode to become available on Amazon.