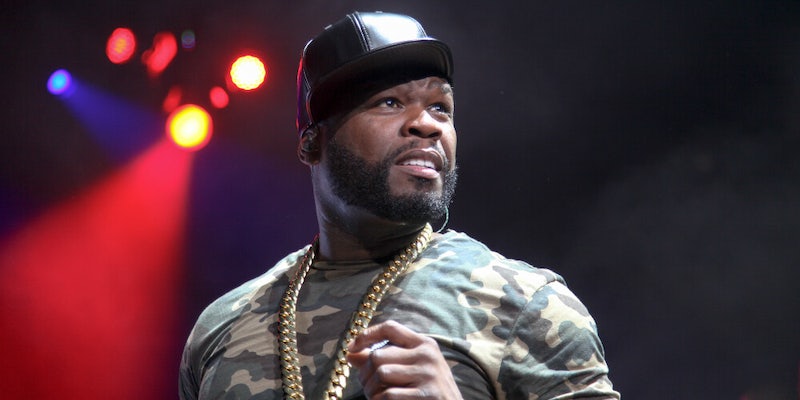 He aimed the meme at rapper Young Buck.

After a short Instagram hiatus, 50 Cent has returned by flooding his feed with posts, including a transphobic meme aimed at former G-Unit rapper, Young Buck.

Upon reactivation of his account, 50 Cent, who is notorious for online trolling, took aim at one of his usual rivals.

He posted a meme of a man with a transgender woman; “He Doesn’t Know Yet” is written across the image.

People believe the rapper should be more aware of how he uses his platform of over 25 million followers.

The Trans Murder Monitoring (TMM) project is devoted to compiling reported killings of gender-diverse and trans people worldwide. TMM reported that there have been 331 cases of trans and gender-diverse killings between Oct. 1, 2018, to Sept. 30, 2019.

50 Cent has been under fire before for making homophobic statements. In 2010, he tweeted, “If you a man over 25 and you don’t eat pu**y just kill yourself damn it. The world would be a better place.”

If you a man and your over 25 and you don't eat pu**y just kill your self damn it. The world will be a better place. Lol

According to TMZ, during Pride month of 2019, 50 Cent used “Old Town Road” Lil Nas X coming out as gay to take a jab at Young Buck.

He reposted a picture of the two together with the caption “New young Buck (Fresh Out the Barn) ft Little Nas X Coming July 4.”