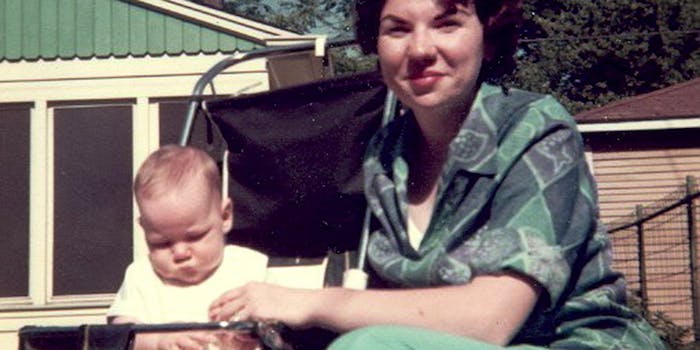 Tangled Web: Moooom, get off my LinkedIn!

What to do when your mother cheerily endorses you on LinkedIn.

My mom just endorsed me on LinkedIn. How do I tell her that’s embarrassing and doing more harm than good?

I feel like anyone who writes an advice column should be issued a rubber stamp that reads “Your mom means well, she just has no idea what she’s doing.” 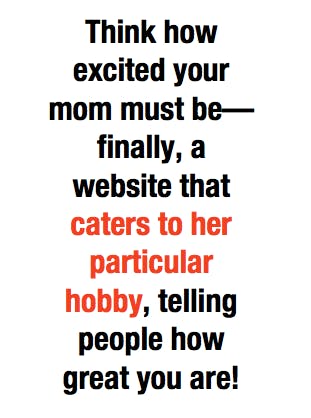 Think how excited your mom must be about LinkedIn—finally, a website that caters to her particular hobby, telling people how great you are! The endorsement function must seem like it’s set up just for her. Even a mom who’s fully aware that it’s inappropriate for her to involve herself in your professional life has to have a hard time resisting an invitation like that. And she’s known you longer than anyone else—whose input could potential employers possibly value more?

The answer, of course, is anyone’s. A spur-of-the-moment assessment by an unscrupulous fake psychic is more likely to be an accurate judgement of your personality than your mother’s. But you’re not likely to get very far with that approach, so instead, gently emphasize to her the fact that she can’t reasonably assess your job skills. “Mom,” you can say, “I appreciate that you want to give me endorsements, but what people want and expect to see on LinkedIn is input from my bosses, co-workers, clients—basically, people who have seen me in work mode. You know me better than any of those people, but you don’t know me in that context.” You can add that if potential employers or clients see testimony from your mother instead of colleagues, they may think you don’t have enough relevant positive feedback and that you’re padding your endorsements. Focus on other people’s reactions: of course you appreciate the impulse, but other people might not understand.

Oh, and introduce your mom to Klout. There, she can testify to your brilliance in any number of areas and nobody will ever notice.