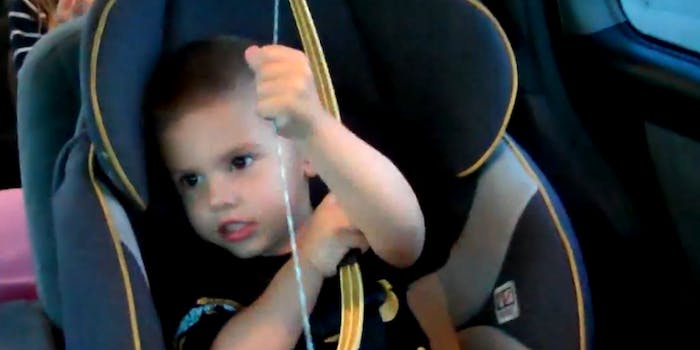 The Shaytards' youngest son causes hilarity with his new toy.

Shay Butler and his wife got their 3-year-old son Brock a bow and arrow set this week. However, the lad had some trouble pronouncing the name of his new toy. His folks, and many on Reddit‘s r/videos forum, found it hilarious. Meanwhile, the rest of the Shaykids didn’t get what was so funny.

Butler’s family, known online as the “Shaytards,” stars in a daily vlog with nearly 1.5 million subscribers. In early 2012, the clan appeared on Anderson Cooper’s talk show, where Butler referred to the Shaytards’ YouTube videos as “a fun family blog.”

He’s right. After all, there’s not much funnier than family-friendly innuendo.