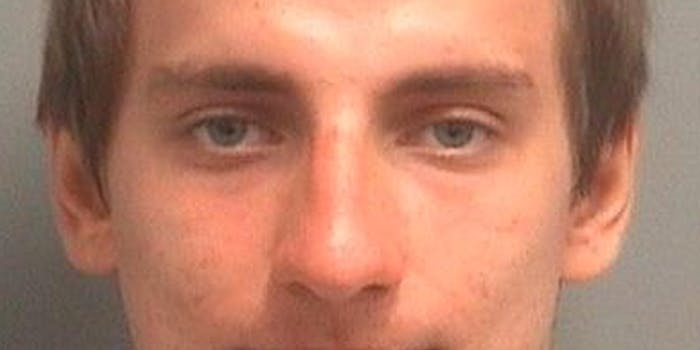 Vitaly Zdorovetskiy clearly picked the wrong guy to mess with for his Russian hitman prank.

YouTube prankster Vitaly Zdorovetskiy spent Monday night in jail for a running a prank that went horribly wrong—and posting the results to YouTube.

The Miami-based Zdorovetskiy is a Russian immigrant whose VitalyzdTv has over 100,000 subscribers and recently fell under the national spotlight for a zombie prank attack that resulted in an unknown man pulling a gun on him. He spent last week running around town in a suit and tie, leaving conspicuous briefcases at the feet of unknowing strangers.

Brown first cornered Zdorovetskiy and told him that the briefcase left behind did not belong to him. Zdorovetskiy tried to brush Brown off, but the man was not to be deterred. He took Zdorovetskiy’s phone and chased him and Vanges through a parking lot.

“I was already having a bad day, then you mother fuckers came over here and make it worse,” Brown yells in the video. “You better hope the cops get here quick.”

According to a South Florida Sun-Sentinel report, police showed up and took Vanegas to the Palm Beach County Jail, where he stayed until the morning.

Police arrested Zdorovetskiy on Monday for inciting a fake bomb threat, though the prankster said that the arrest will have no bearing on future videos.

“I’m just sad the person got upset,” he told the Sun-Sentinel. “We’re pranksters, we don’t fight back. That’s not professional.”