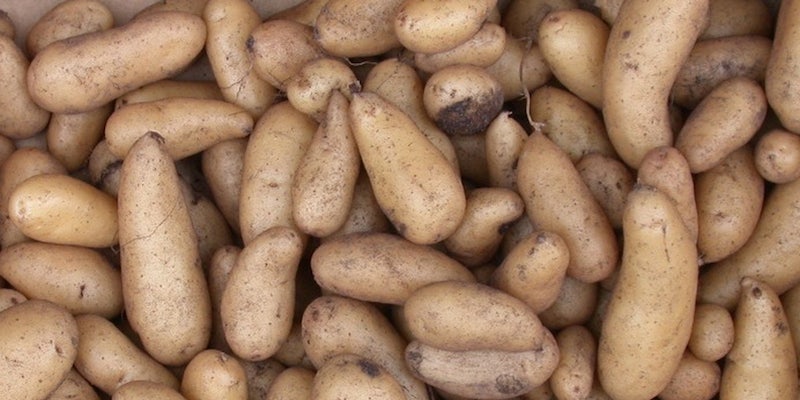 How to almost instantly peel potatoes with power tools

Power tools. Is there anything they can't do? (Besides love.)

Potatoes. They’re easy to grow, a staple of an all-starch diet, and their absence was a key player in the great mid-19th-century wave of Irish immigration to the U.S. But humans have always complained about how long they take to peel by hand. “Isn’t there a way to skin them more quickly?” they ask. “Preferably using power tools?”

“Also,” these humans have added, “I don’t mind if the process gets water everywhere. Just make sure it’s fast and uses power tools.”

In a video uploaded by YouTuber Peter Stephan, a man wordlessly throws some potatoes into a big bowl, then simultaneously hoses them down while rocking them with a power drill, with a toilet brush attached to the end. A few seconds of vigorous drilling/hosing later, and the potatoes are as naked as the day they were born. Nakeder, actually.

Curiously, the peels aren’t left in the bowl when he’s done, so they’ve presumably just disintegrated into the brown water poured into the yard. It’s a metaphor, we think. The peels represent our ignorance of how to quickly, wetly peel potatoes with a power drill. They seep into the earth, then are finally gone forever.