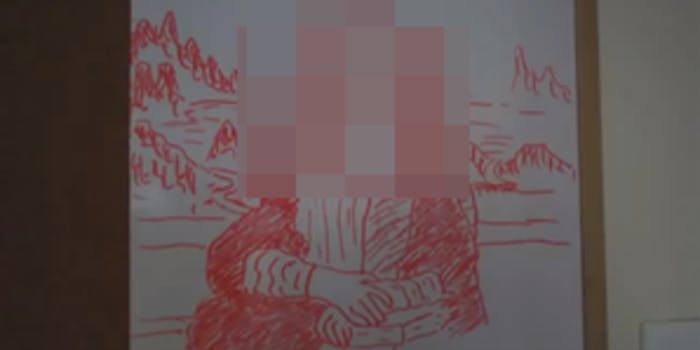 After a year, we finally have the masterstroke.

As an artist, it can be hard to find your inspiration, your muse. But for one man, inspiration came in the form of drawing a year’s worth of penises on his wife’s whiteboard.

As explained in the video, the man told his wife he was going to draw a penis a day on her whiteboard, which she purchased in February of 2013. She challenged him to do so, and now, we finally have his masterpiece, 365 Days of Penises.

Watching the five-minute video, you can see the different “phases” he was going through. There are several mythical phalluses and revisions on the animal kingdom. There’s Stonehenge made of penises, as well as Dali’s “The Persistence of Memory,” a Jaws poster parody, and the Beatles’ Abbey Road cover. He then goes on to more abstract, free-form renderings. Can history be told through penises that look like something out of a 14-year-old boy’s notebook? Yes. Yes, it can.

The piano music playing throughout really drives home the power of this collection.

Update: The NSFW video has been removed from YouTube by the user.

The project seems to have thrived on the romantic and artistic connection between husband and wife, but penis-drawing has a dark side too. Real-estate developer Sean Ludwick was arrested last week, after trespassing and drawing penises on his own artwork, which was hanging in his ex-girlfriend’s apartment. He said he just wanted to “update” the pieces. Different strokes for different folks.

Screengrab via 365 Days of Penises/YouTube