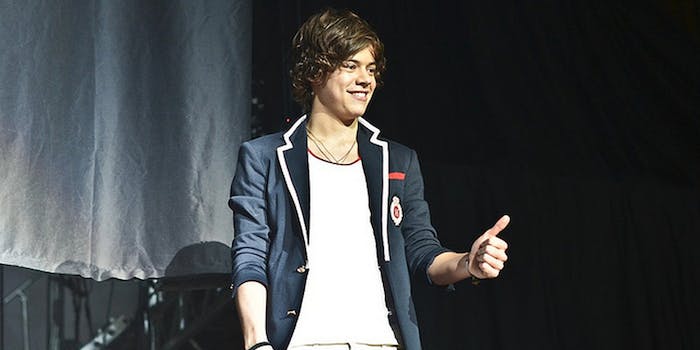 YouTube comment threads are notorious for flame wars and petty online drama, but what if the words were performed by gifted dramatic actors?

The sketch group Dead Parrot has released the first in a series of videos showing two older thespians with classy accents reenacting YouTube drama verbatim in severe black and white. The video uses an argument between two One Direction fangirls—one who believes 1D member Harry Styles to be gay, and another who thinks that belief makes the first commenter a “direction-hater.” The video has already hit the front page of Reddit.

The two users, Sophie Danze and Jilianlovesthebeibs, have yet to comment. Danze seems to be inactive on YouTube other than posting and commenting on videos of the British boy band. Jilianlovesthebiebs, however, comments using Google+ with an icon of Justin Bieber, a point Danze uses to argue that she can’t possibly love Harry Styles. (After all, if your allegiances are split between pop stars, can you really be a true fan?) Danze has one subscriber. Jilian has none.

The actors who play the commenters are superbly serious. In the end, Danze says she won’t show her proof of Styles’ homosexuality (which she claims is on her Twitter) because the other girl is being “so disgusting,” and Jilian assures us you can be a fan of both Justin and Harry. “It’s not a crime,” she writes.

“You’ll never accept that he won’t want you because you don’t a dick,” the video ends. (You don’t know you’re) Beautiful. Just beautiful.