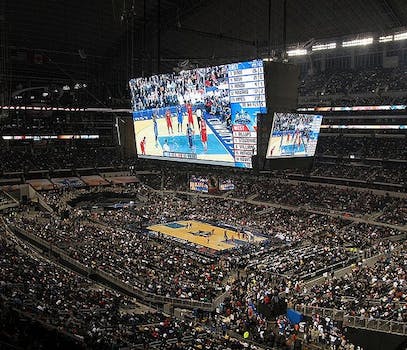 The Google-owned video-sharing site says it will announce the deal later today.

YouTube’s pitch to sports leagues may have landed the video-sharing community with a base hit, if not a home run.

The site will announce a partnership with a major sports league today at 6 PM at the Digital Content NewFronts (DCNF) event in New York City, the New York Post reported.

DCNF is an industry event where online video companies try to woo advertisers in the same way TV networks do at upfronts each year. Advertisers spent $10.9 billion on cable and broadcast sports programming in 2011 and YouTube’s owner Google wants a piece of that pie.

YouTube is showcasing content from around 60 new original channels (a.k.a., those with professionally created content) at DCNF. With YouTube apparently selling multi-million-dollar advertising packages for those original channels, the site is unquestionably looking for more big-name partners to compete with established premium online video providers like ESPN and Hulu for advertisers’ cash.

Original channels have a demographic that’s more desirable for advertisers. That means YouTube can charge more for ads alongside videos for those channels than videos from the likes of “Where The Hell Is Matt” star Matt Harding.

YouTube already has a number of popular original channels dedicated to sports, including one for energy drink brand Red Bull. That channel, which focuses on action sports, has garnered 415,000 subscribers and a sponsorship deal with GM. Meanwhile, the niche Professional Bull Riders league has 11,020 subscribers, some of whom check out live streams of events.

Bloomberg reported last year that Google was courting American leagues such as the NBA and NHL, as well as some European soccer leagues. Those talks weren’t fruitful at the time, but perhaps one of those leagues will be the subject of YouTube’s big announcement today.

Which star will be the first to officially hit YouTube? Dwayne Wade, Fernando Torres, Brad Richards, or someone else? We’ll find out later today.