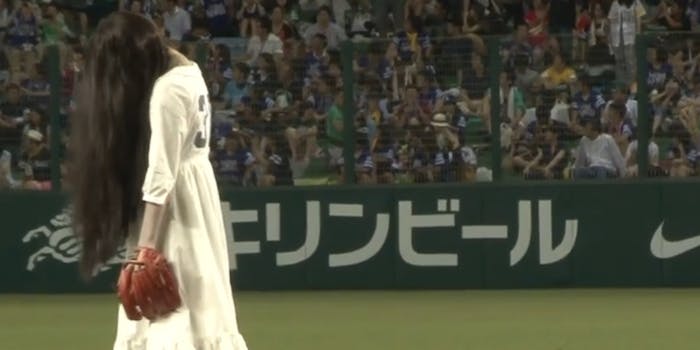 This is the creepiest first pitch of all time

A Japanese baseball team trotted out a horror movie character and friends for some terrifying pre-game theatre.

If you’re familiar with horror film Ringu (or Hollywood remake The Ring), you’ll know its antagonist: the long-haired, spectral murderer named Sadako. A Japanese baseball team trotted out the killer and three underlings to throw the ceremonial first pitch at a Tokyo-area game last weekend. If your phone rings after watching this video, don’t answer.