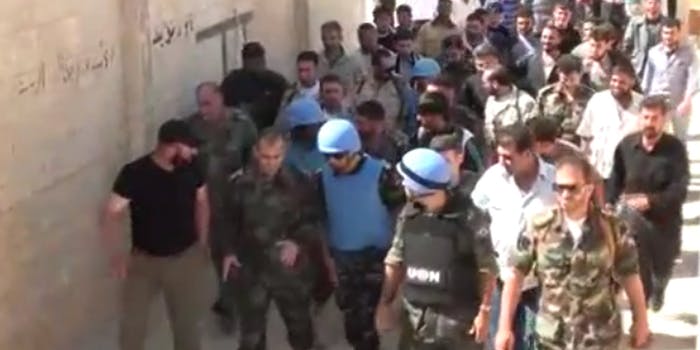 The channel is a partnership with nonprofit organization Witness and social news service Storyful that will curate human rights stories from around the world.

From the Arab Spring to the Occupy protests, there is no better platform for people to share their personal views than YouTube. But now, there is a whole channel dedicated to it.

YouTube teamed up with nonprofit organization Witness and social news service Storyful to launch the Human Rights channel. Since its unveiling Thursday, the channel has received only 120 subscriptions but recorded 97,000 video views.

The channel will curate the hundreds of “hours of raw citizen-video documenting human rights stories” that are uploaded daily, according to YouTube’s announcement.

There’s no shortage of material, either. YouTube noted that there 100,000 videos uploaded from Egypt— a 70 percent increase—last winter, at the height of the Arab Spring.

Currently, there are six stories from around the world on the channel’s homepage. Each story is a curated stream of raw video mixed with contextual analysis.

One offers an in-depth look at the United Nation officials surveying the violence in Syria while another takes a look at the Occupy Wall Street protests in New York.

The channel’s splashy launch at the Internet at Liberty conference hasn’t matched people’s excitement for it. YouTube is encouraging to people to use the hashtag #video4change on Twitter, but only 100 tweets were recorded Thursday using it.

But as with every grassroots movement, you have to start somewhere.