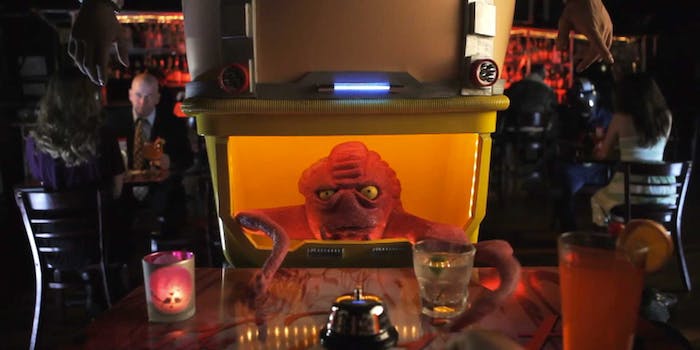 Because the bad guys need love, too.

We usually only get one side of a supervillain’s story, but they’re looking for love just like the rest of us. Some of film’s most iconic villains head to a speed dating event where they express some of their dreams and personal issues, but the date on the other side of the table isn’t really having it.

This isn’t actually the opening sequence to Man of Steel, but it’s realistic and detailed enough that it could be (someone tell Zack Snyder). Using a series of establishing shots, YouTube clips, and a media report montage, it both establishes the character and makes you even more excited for the new Superman movie.

And you thought Ross, Rachel, and the rest of the Friends gang had it hard. Life turned out much differently than any of the Game of Thrones characters imagined, but somehow they still get through the day—if they’re still alive, that is.

Compared to today’s issues, the ’90s were much simpler. There may have been 2D video games and dial-up, but we still look at our childhood—as well as NES, Double Dare, Legend of Zelda, and other staples—with a sense of nostalgia.

It’s hard to believe that people are still making “Gangnam Style” videos—especially now that there’s a new Psy video to parody—, but we’ll give Iron Man a pass. He’s been busy with his genius billionaire playboy philanthropist ways, so he only pulls off a few of Psy’s moves better than the performer.