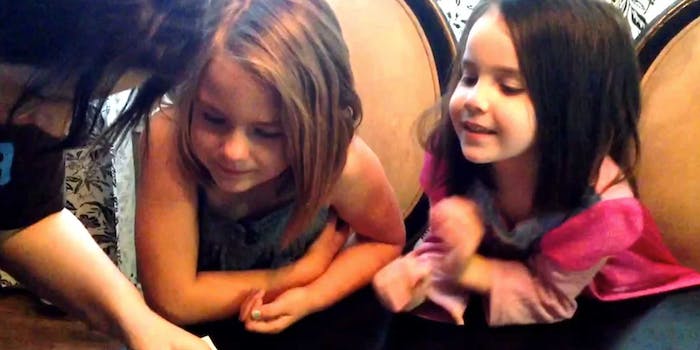 Kids find out their mom is pregnant with twins in the cutest way possible.

After trying to conceive again for a while, a couple finds out they’re having twins. They decide to tell their daughters the happy news with a cake, and their candid responses are full of surprise, joy, and unintentional humor.

Not many people can outclass Justin Timberlake, but Tony Stark certainly gives it a try. He puts his own spin on JT’s latest hit that focuses on his many Iron Man suits, and he even brings in Rhodes as a stand-in for Jay-Z.

Grammar nerds, rejoice. Some of the most common spelling and grammar mistakes that people make are collected into one video, although this doesn’t guarantee that your friends will suddenly start using the correct form of your/you’re, there/they’re/their, or to/two/too.

For being advertised for children, Disney movies are a lot more violent than we remember. Before our favorite characters get their happy endings, they have to endure plenty of hits, kicks, tackles, crashes, and one gunshot wound that still gets after all these years.

One girl is placed on the Fresno Grizzlies kiss cam three different times, but her boyfriend is too preoccupied with a phone call to notice. He doesn’t get the hint until she pours her drink on him and storms off to be comforted by the mascot.