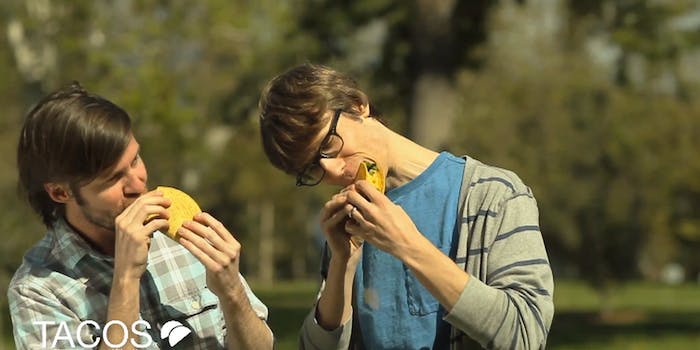 Tacos: for your health!

We know from SXSW that you love your tacos, but now you have another reason to love them. Touted as the latest cure for depression, they’ll boost your mood (and they’ve even delicious!). You’ll forget your troubles, and even the side effects aren’t too terrible compared to other antidepressants.

These musicians go on a $56 million shopping spree by using the blatant product placement found in today’s hip-hop songs, and end up with an assortment of electronics, high end fashion, accessories, booze, and transportation.

There’s a lot about our presidents that we just don’t know about such as pet names, tales of being arrested, favorite sports, and who started what tradition, so John Green gives us 45 facts to hold us over.

It must be tough being young and in love. Three schoolgirls discuss the finer points of dating as they examine each other’s problems from cooties, to defining the relationship, to the friendzone as they wonder whether it might just be easier to become lesbians.

At this apple store you have the massive lines, docking systems, and a wireless connection, but they’re not talking about electronics. This cider’s set up in its own stations with Geniuses to assist you, and you can even use it outside in full sunlight.